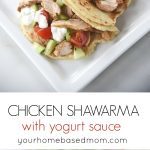 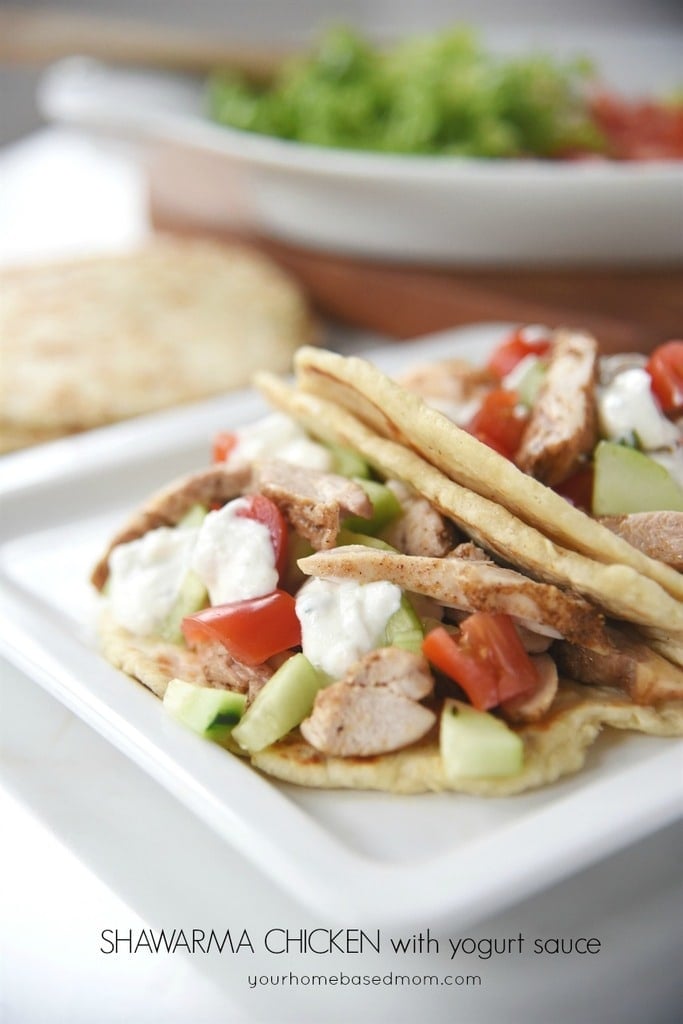 I was first introduced to Shawarma by my daughter after she traveled to Israel several summers ago.  She had fallen in love with it while traveling through the Middle East.

Shawarma is roasted meat, chicken, beef, lamb or veal and is traditionally cooked on a revolving spit.  Obviously I don’t have a spit at home so I did it in the oven.  What’s not to love about a dinner that can come together in 30 minutes. 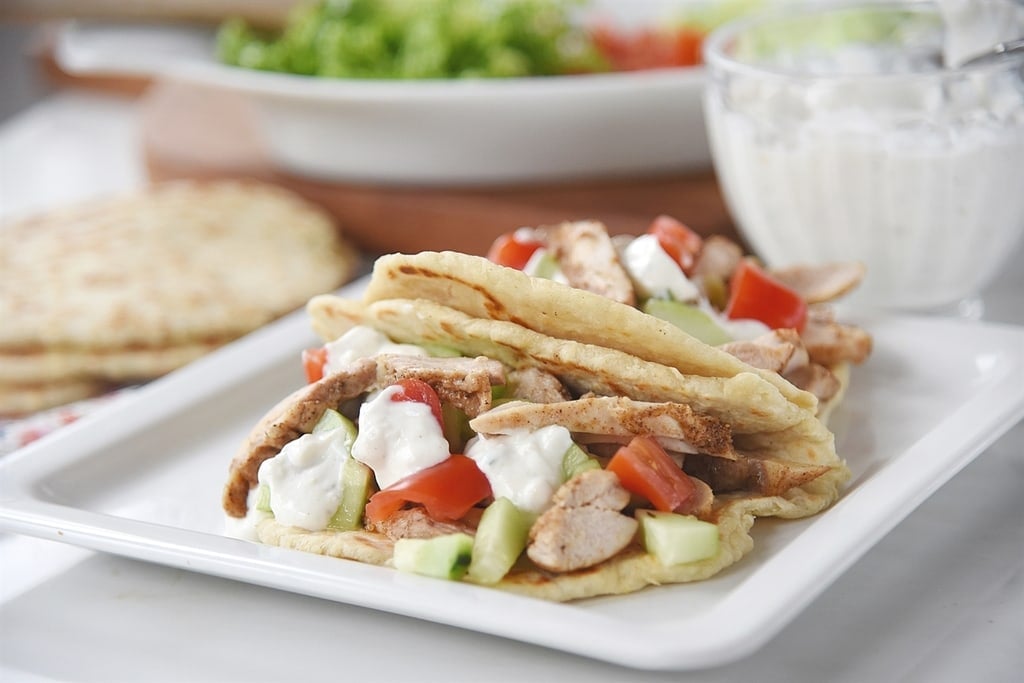 Shawarma is the Middle Eastern version of fast food and is typically served wrapped up in pita bread so it can be eaten by hand.  I used my recipe for Soft Wrap Bread to make the pita.  It’s easy to make and so soft and delicious.  But for a busy weeknight, just grab your favorite pita bread at the store.  Chicken Shawarma is usually served with fresh cucumber, tomato and some kind of sauce.  I made a tahini and yogurt based tzatziki sauce that may be my favorite part of the whole thing! 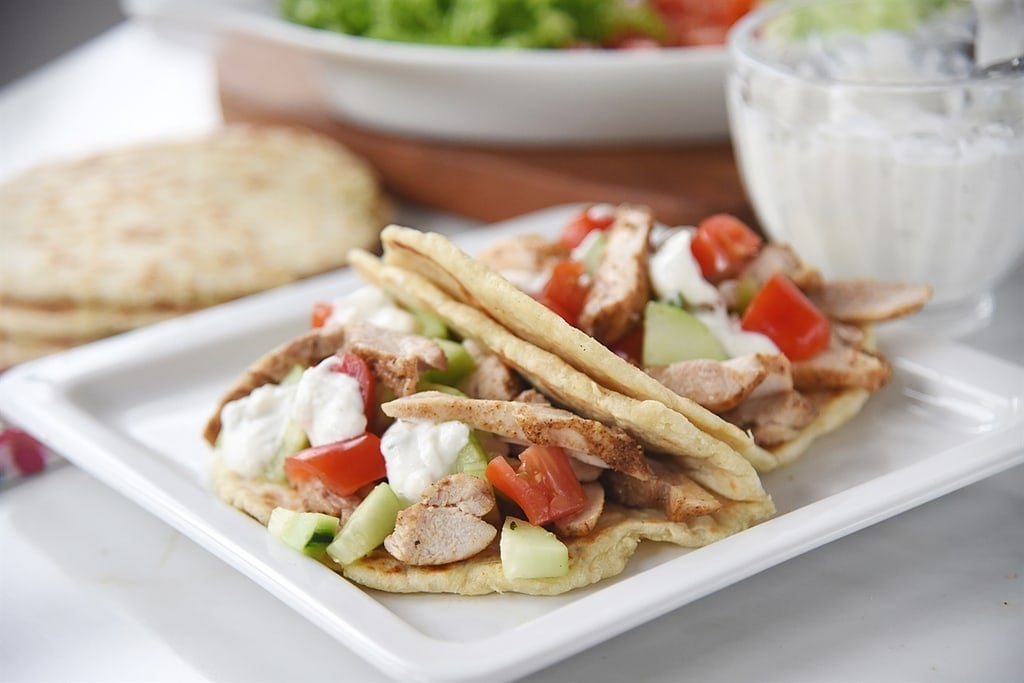 I used chicken thighs for this but it could definitely be made with breast meat instead.  The meat is coated with a mixture of cumin, coriander, paprika, cayenne, cinnamon, salt and pepper which gives the meat amazing flavor.

While the meat is baking in the oven just chop up the cucumbers and tomatoes and mix together the sauce which is a combination of Greek yogurt, tahini, garlic and lemon.  The yogurt sauce can be made the day ahead to save time.  Just keep it refrigerated. 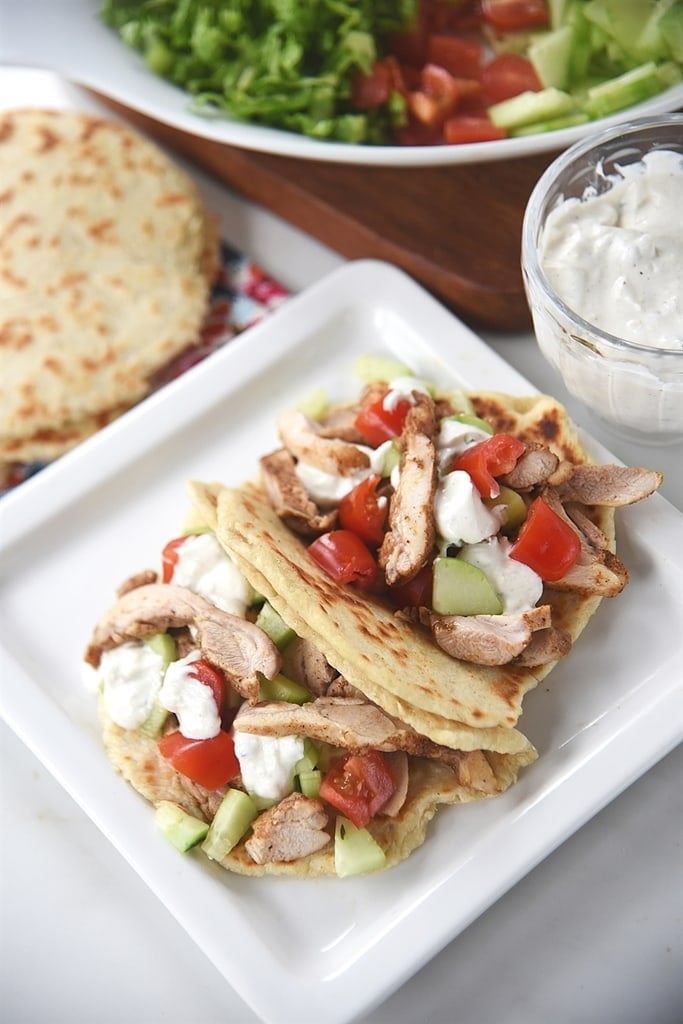 Check out more of my favorite chicken dinner recipes: 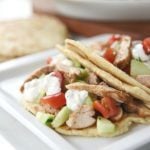 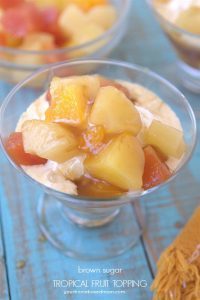 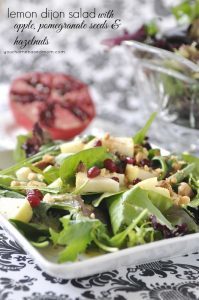 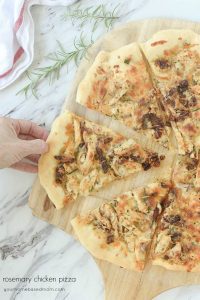 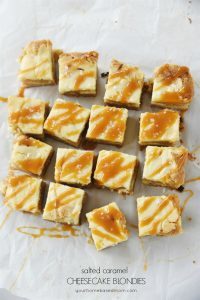 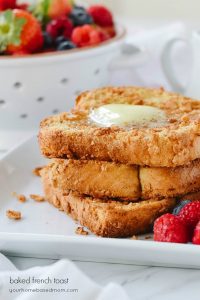