Did you know that September was National Biscuit Month!?  Well, it is and in honor of that I am going to share with you an amazing biscuit recipe. 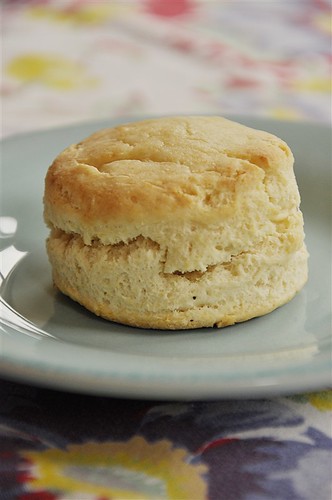 You see, I have been on a quest for the BEST biscuit for a while now. I started out looking for the best biscuit in local Portland restaurants and then decided I wanted to be able to recreate them at home.

My quest first began back in January of this year when my husband and I had breakfast at the Screen Door. 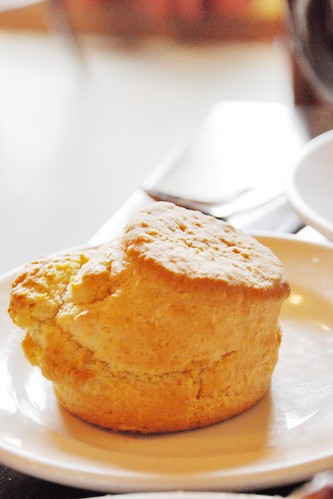 There are so many ways to enjoy biscuits.  One of the best ways is just with a little butter – yum!

Their biscuits were tall, light and flaky, just like a biscuit should be.

And then there was the famous Pine State Biscuits.  I had heard about their biscuits for a while, they have even been featured on Diners, Drive-ins and Dives! When I finally got the chance to try them this summer my camera battery was dead so please forgive the cell phone pictures!  I had never had biscuits and gravy before but I am now in love.  The biscuits with berries and cream was to die for too! 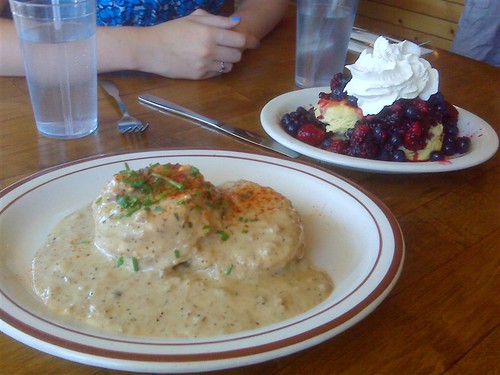 And we couldn’t leave without trying the famous Reggie. (sorry for the terrible picture) 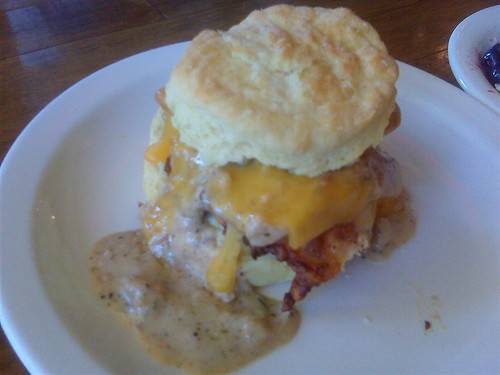 The Reggie is a biscuit with fried chicken, bacon and cheese topped with gravy!  All I can say is, OH MY GOSH!

Our next biscuit adventure was just a couple of weeks ago when Tessa and I went to Tasty n Sons, another great Portland area breakfast spot.

We ordered their breakfast biscuit sandwich – this one had egg, fried chicken and cheese.  Can I just tell you – fried chicken on a biscuit – brillant! 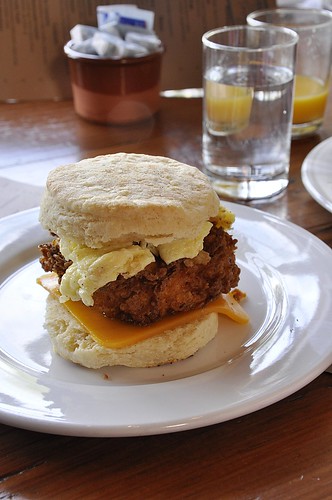 I have been through quite a few biscuit recipes this past year in my attempts to recreate the tall, flaky and soft biscuits we have enjoyed at the restaurants.

I am happy to announce that I have found it!  And I found it over at The Sister’s Cafe, a fun blog done by a group of sisters!

The combination of sour cream and lots of baking powder in the recipe makes a nice flaky and soft biscuit.

The trick to a nice tall biscuit is to roll your dough out to about 1 inch thick. 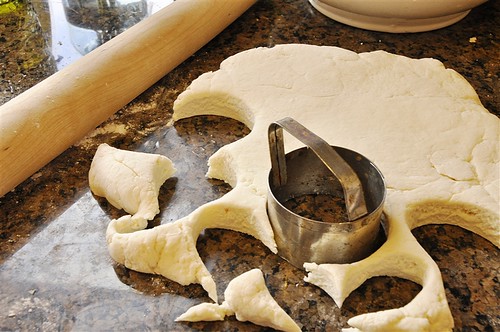 I used my trusty old biscuit cutter but you could also use the rim of glass dipped into flour.

One of the best things about this recipe is that they freeze really well.  With our reduced size family we can’t eat a whole batch of biscuits.

Flash freeze the biscuits on a cookie sheet until frozen solid. 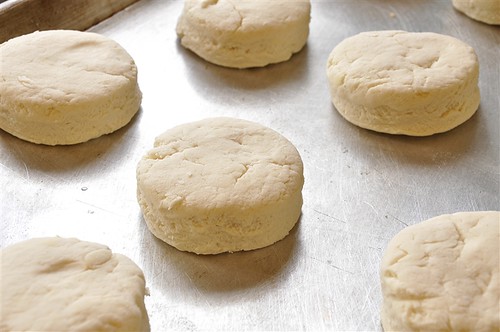 Then just pop them into a large ziploc baggie.  You can now have fresh biscuits anytime you want! 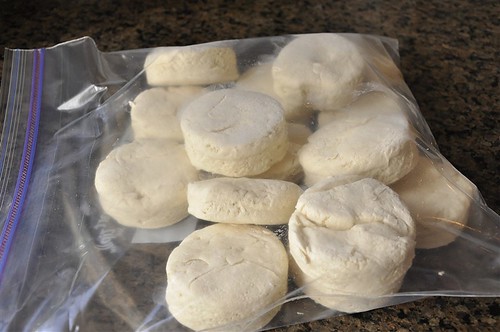 We decided to make our own breakfast sandwiches for dinner this week.  Everyone agreed they tasted just as good as the ones we enjoyed at the Portland restaurants and way better than the ones you get at McDonald’s and I’m sure they have to be healthier too.

We put together an egg, cheese and sausage version.  I just cut discs of Jimmy Dean Sausage and cooked it up in the frying pan. 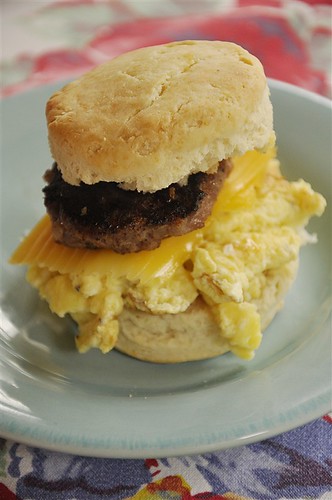 You could use a fried egg but since we aren’t big fried egg fans here I used scrambled eggs instead and they worked great.

We also did a bacon version. 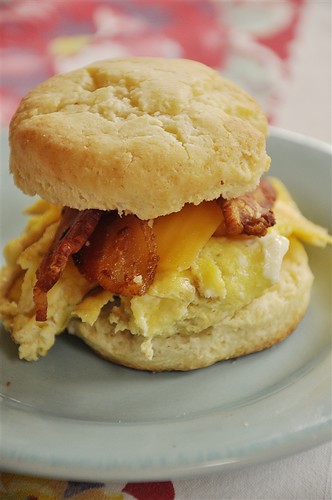 One thing the recipe does not have you do is baste the top of the biscuit with melted butter. I did this several times during the baking process.  I saw them do this at Pine State Biscuits so I decided to give it a try and it made them even better. 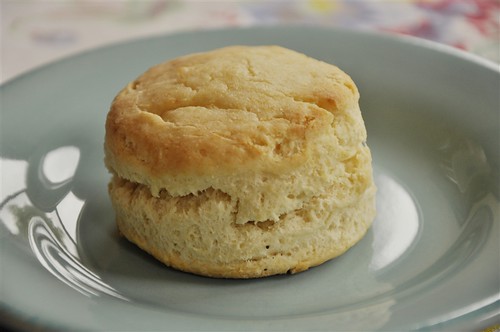 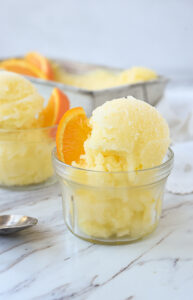 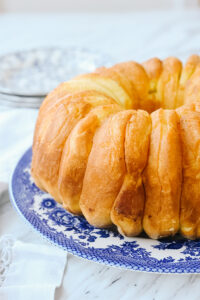 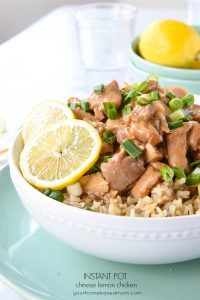 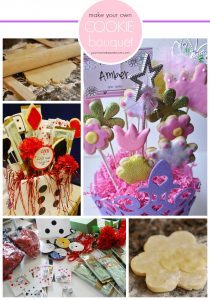 May 31, 2017
A Cookie Bouquet is the perfect graduation gift , birthday...
Read More