heaven on a plate! 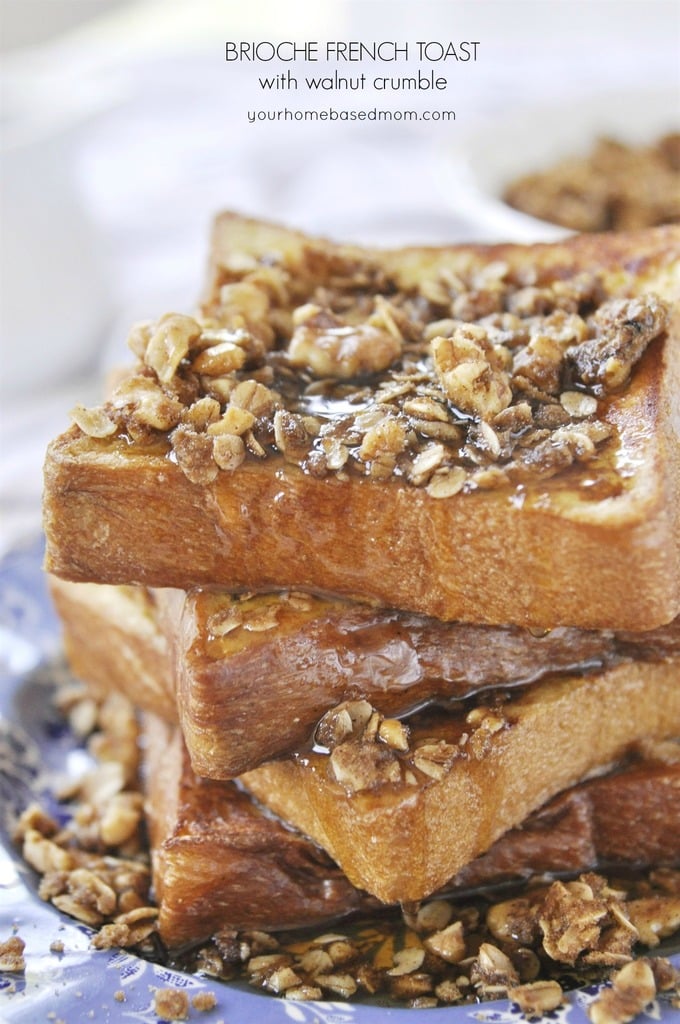 This post is sponsored by the California Walnut Board but all opinions are my own.

This Brioche French Toast would be the perfect thing to serve mom this Mother’s Day or any day!

I walk several times a week with a friend our main topic of conversation usually has something to do with food.  What new recipe had we tried for dinner that week, where had we eaten out recently and what did we have.  Food is one of my favorite topics of conversation.

My friend had recently been on a trip to Chicago to visit one of her married kids and she weas telling me about a delicious breakfast they had enjoyed at a restaurant.  As she described these amazing pances that had a crumble topping on them I decided right then and there that I was going to have to try and recreate that at home. 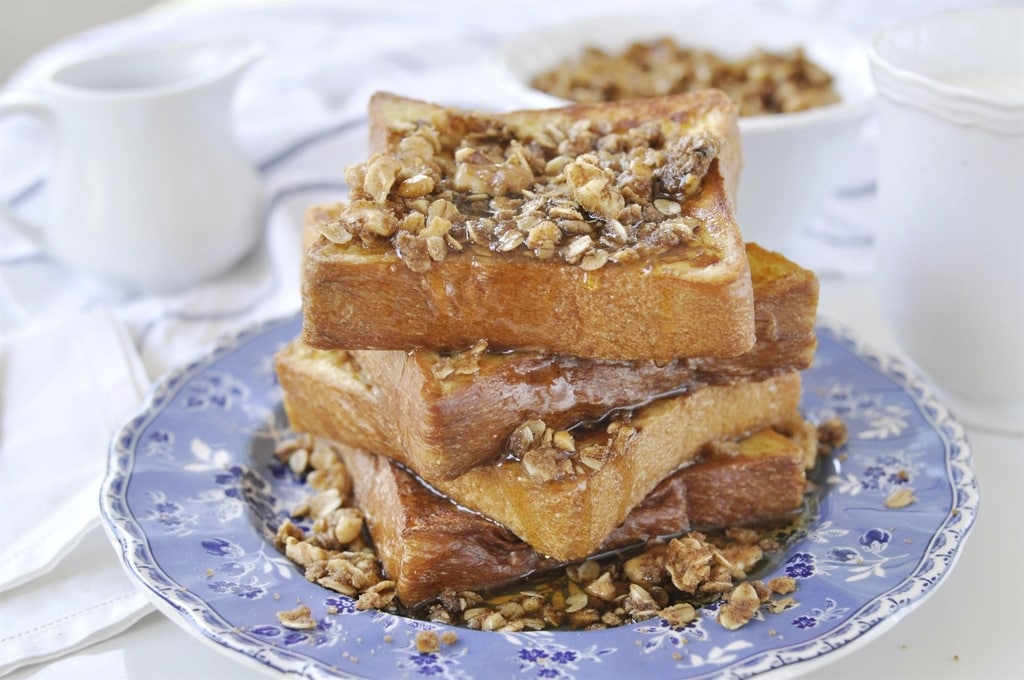 I decided to try it with french toast instead of a pancakes though, I get crazy like that sometimes.  I love a nice thick brioche bread for my french toast but it can be hard to find.  If you can’t find it use any thick sliced bread, you can even slice your own!

I soaked the bread in a mixture of eggs, whipping cream , lemon zest, vanilla, sugar and cinnamon.  Dip the bread in and then let sit for five minutes to let the liquid soak in. 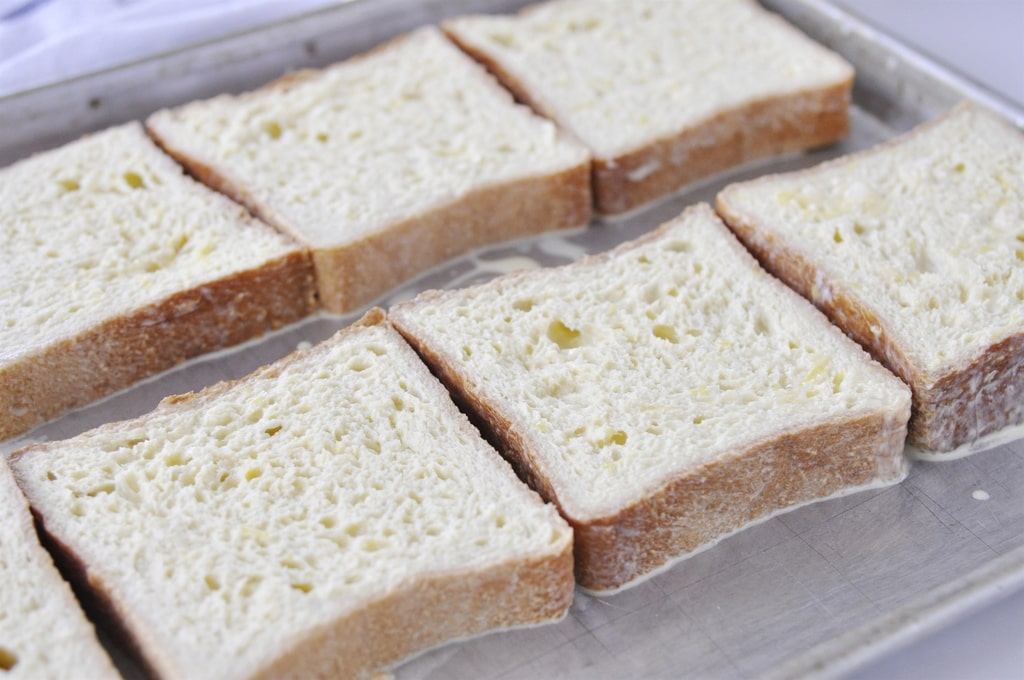 While the bread is sitting mix together your walnut crumble.  The crumble is similar to what you would put on an apple crisp.  I combined brown sugar, softened butter, walnuts, oatmeal and cinnamon.  Use your fingers to make sure the ingredients are well combined.

Spread on a parchment lined baking sheet and bake at 350 degrees for about 10 minutes.  Stir a few times through the baking process and then remove from oven and allow to cool. 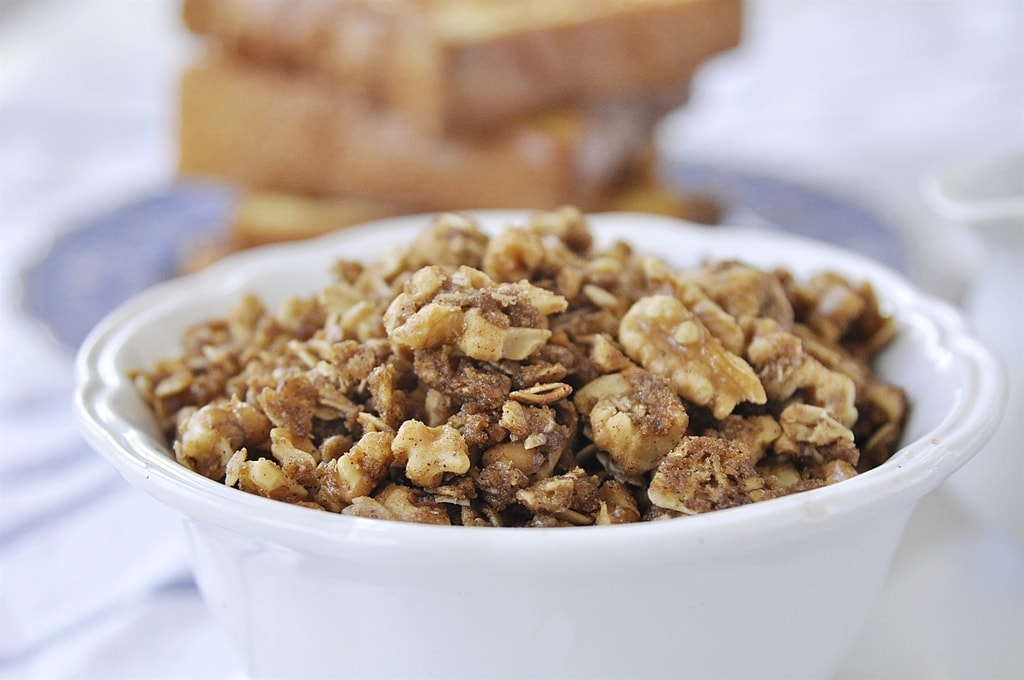 Cook your French Toast on an electric griddle or in a frying pan until golden brown.  Place on your plate and then sprinkle with walnut crumble and drizzle with maple syrup!  Yum!! 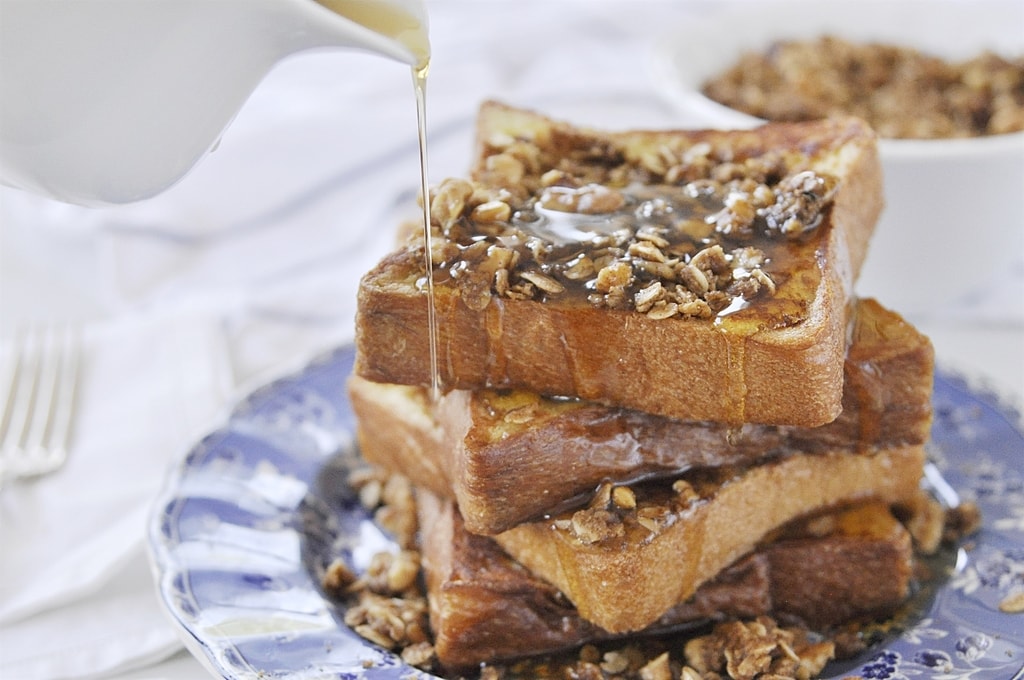 The walnut crumble would also be perfect on top of ice cream or yogurt. 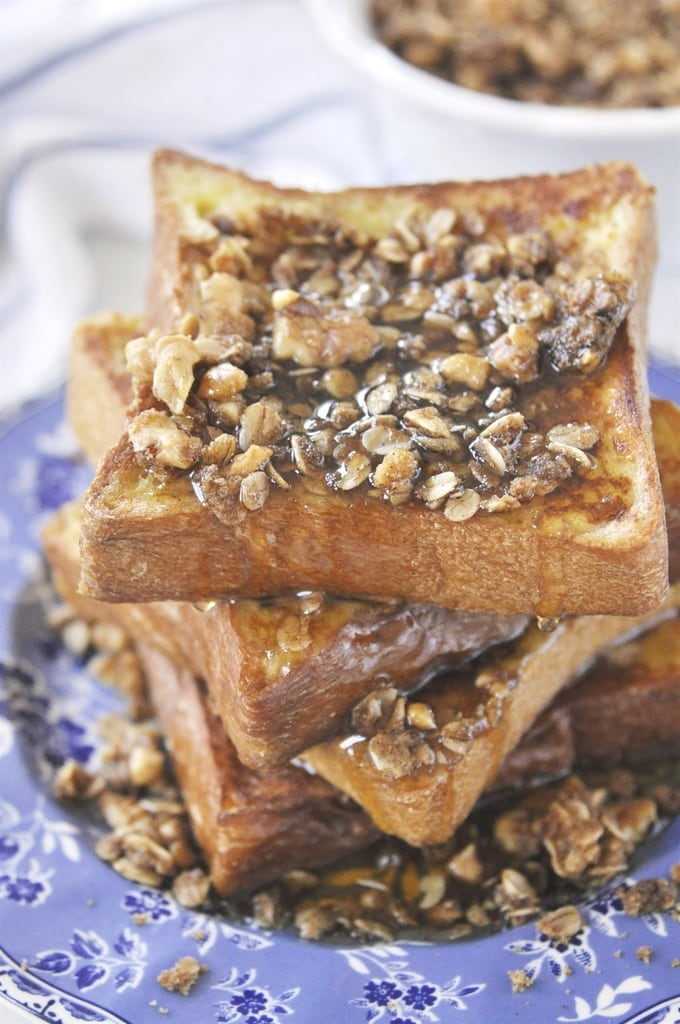 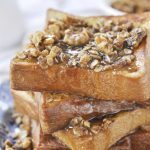 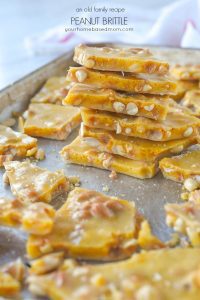 December 11, 2018
This delicious peanut brittle recipe has been in my family...
Read More 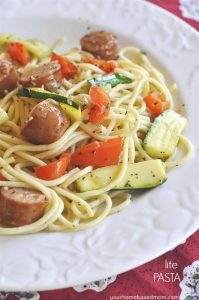 October 6, 2010
This Lite pasta is full of delicious veggies and topped...
Read More 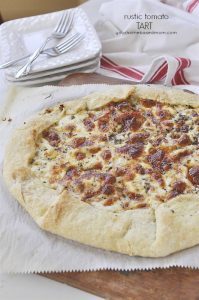 September 22, 2015
This Rustic Tomato Tart is the perfect solution to too...
Read More 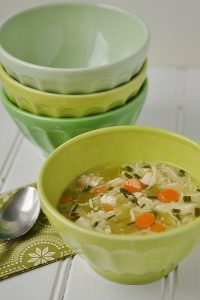 September 28, 2010
Decorating the tables for an event in one of our...
Read More 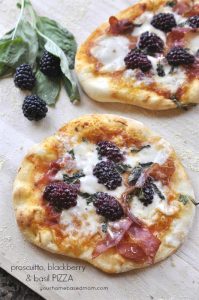 Prosciutto Pizza with Basil and Blackberry

January 9, 2015
This Prosciutto Pizza with Blackberry Basil  is not only delicious...
Read More
Load More