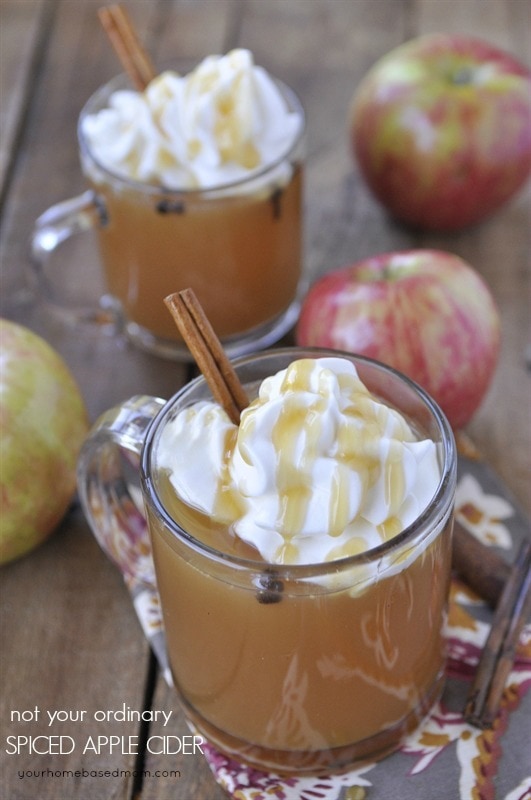 I asked on Facebook what your favorite taste of fall was the other day.  One of mine is spiced apple cider.  I have been making this recipe for years and for all those years people have been asking me for the recipe.  For many years I served it at a holiday open house I held and each year when people would RSVP for the event they would ask me if I was serving my spiced apple cider.  My kids have all called  home to ask for this recipe while they were away at college so they could make it for their friends.    I originally shared it back in 2008 but it is time to share it again with  new  and improved photos. In fact the first time I shared it there were no photos.

Fall is off to a good start here in the Northwest – the leaves are beginning to turn.  I am sure the rains are on their way but we’re enjoying the amazing 70 degree, sunny blue sky  Fall days while we can.  Halloween is coming so I’m sure the rains are too.

I grew up in Wisconsin and often went trick or treating in the snow – it would make me so mad because I’d have to wear my winter coat over my costume and no one could even see how cute I was!!

Here in the Northwest we have to do the same thing – although it’s not snow but rain we are dealing with. When we plan costumes you always plan for wearing warm clothes underneath or a coat over the top!

I always had a pot of hot Spiced Apple Cider on the stove when those cold and possibly wet tricker or treaters came home. 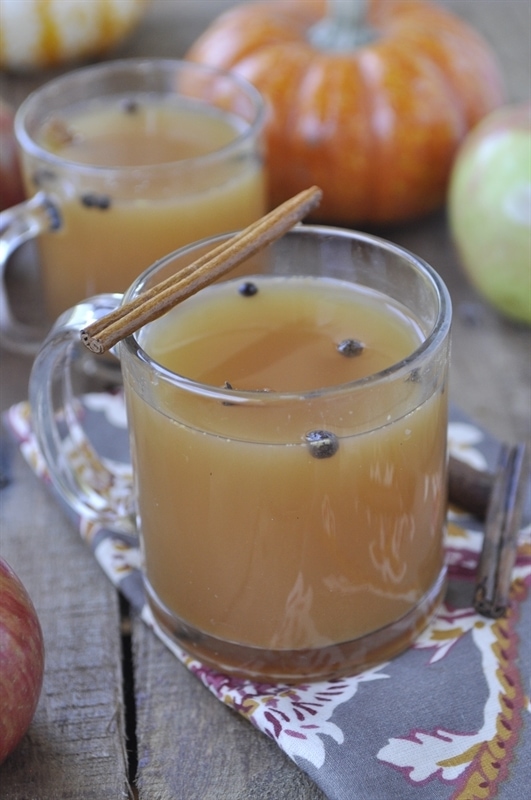 I think this may be one of my most requested recipes by my family and friends.  It is so good.  The trick I have found to really good spiced apple cider is to let it brew for as long as possible.  The longer it brews the deeper the flavor. I use a combination of whole cloves, allspice and cinnamon sticks but then I add in a few other secret ingredients.  Brown sugar and orange juice.  When I made it this week for a girls craft night I was hosting I realized I didn’t have any orange juice but I did have pineapple juice so I used that instead and it was still wonderful! 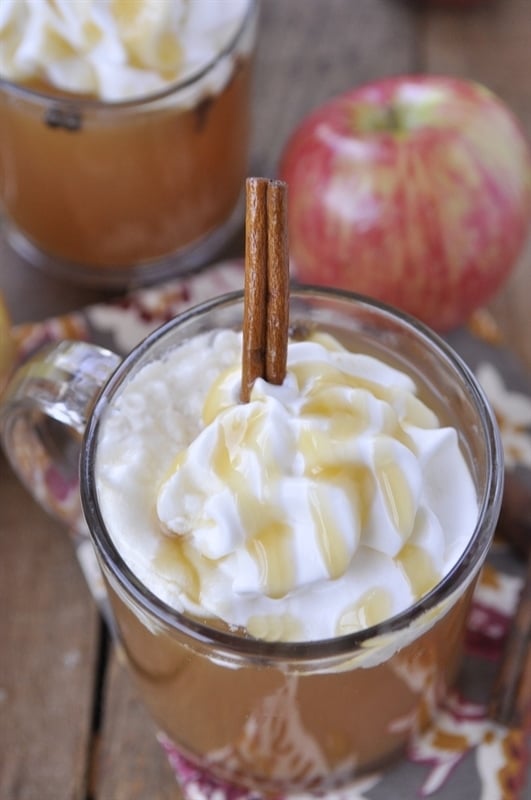 Of course you can dress it up a bit more with some whipped cream and a drizzle of caramel sauce.  I just used some caramel ice cream topping I had in the fridge already.  I think it’s better than the Starbuck version! 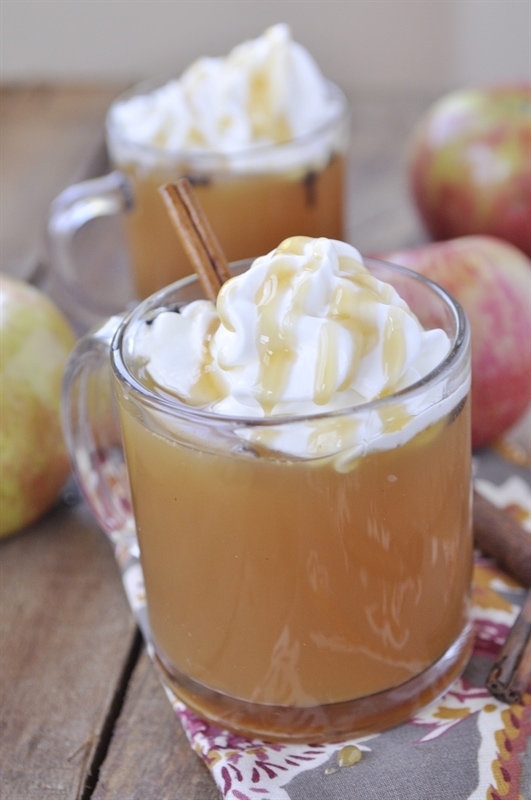 Like I said, the longer it brews the better it tastes.  It can get a big “sludgy” after it has simmered for quite a while.  If that happens I just add in some more of the apple cider to dilute it a bit and make it go farther. 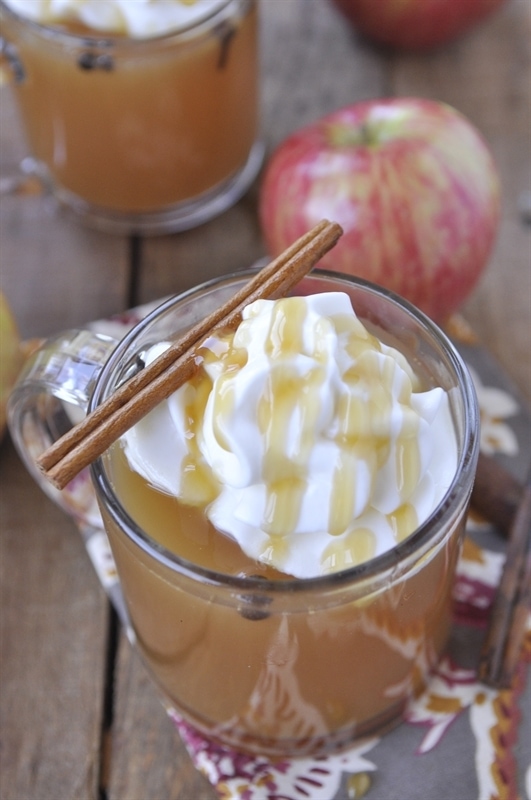 For other yummy hot drinks try these: 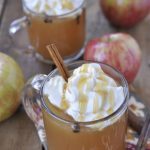 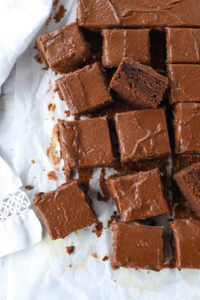 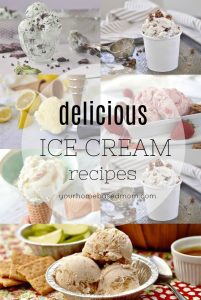 August 5, 2018
Homemade ice cream is fun to make and delicious to...
Read More 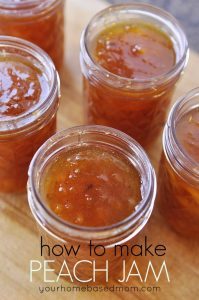 How To Make Peach Jam 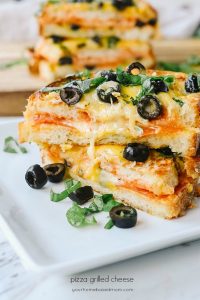 February 1, 2019
Pizza Grilled Cheese is the perfect combination of two of...
Read More 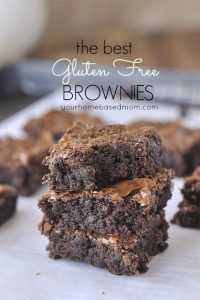 March 28, 2014
These gluten free brownies are everything a brownie should be...
Read More 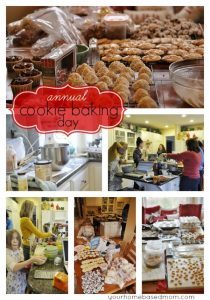 December 23, 2011
Wednesday was our Annual Cookie/Candy Making Day.  I have been...
Read More
Load More