This Slow Cooker Maple Pulled Pork has the perfect amount of sweetness and makes dinner time a piece of cake!

Some of our other favorite recipes to make in the slow cooker include Slow Cooker Mac & Cheese, Slow Cooker BBQ Brisket, and Slow Cooker Beef and Barley Soup.

If I go more than 3 or 4 days without using my slow cooker I start to shake a bit.  You would think between the 100 recipes in the cookbook and the dozens I have here on the blog that I’d run out of ideas on how to use my slow cooker.  Lucky for you and me, that isn’t the case.

One of the easiest and most popular recipes to make in the slow cooker is pulled pork.  I’ve got a couple of them here on the blog including this Balsamic Honey Pulled Pork and Slow Cooker Shredded Chipotle Pork. Pulled Pork is a go to slow cooker recipe for a lot of people. Today’s recipe is a variation on that pulled pork theme. 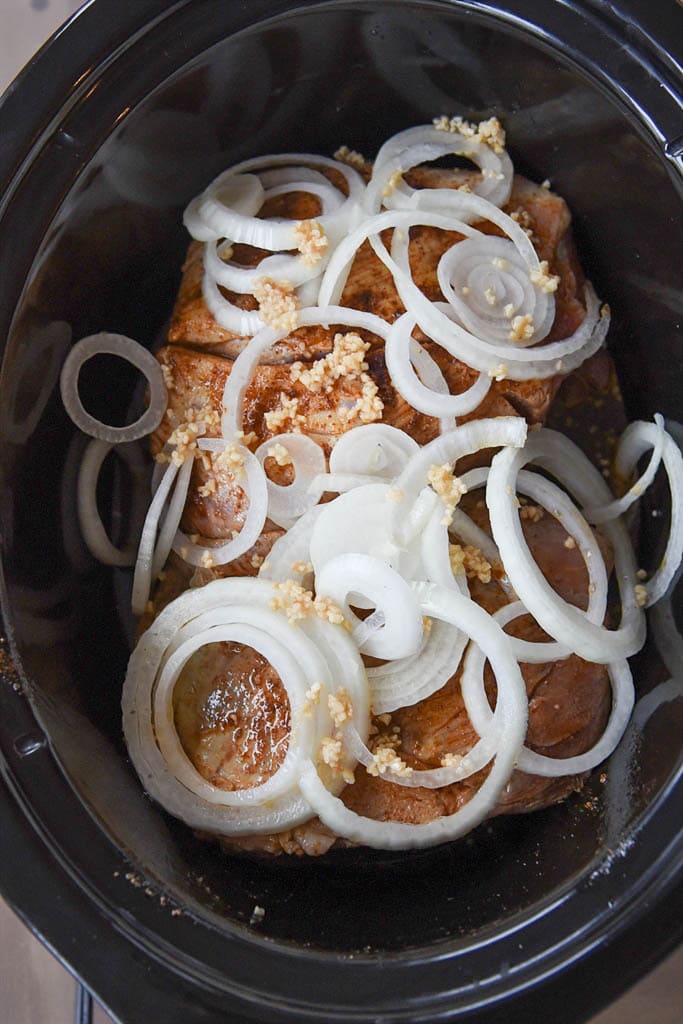 What Kind of Pork Do I use for Pulled Pork?

I like using a pork shoulder roast but have also used a picnic roast. A boneless roast works best.

How Do I Make Maple Pulled Pork?

Instead of BBQ sauce, we are using maple syrup.

How Do I Serve Pulled Pork?

My favorite way to serve it is over rice but it would be great on some kind of bun too.  I think it would also be amazing in a taco or a quesadilla too! 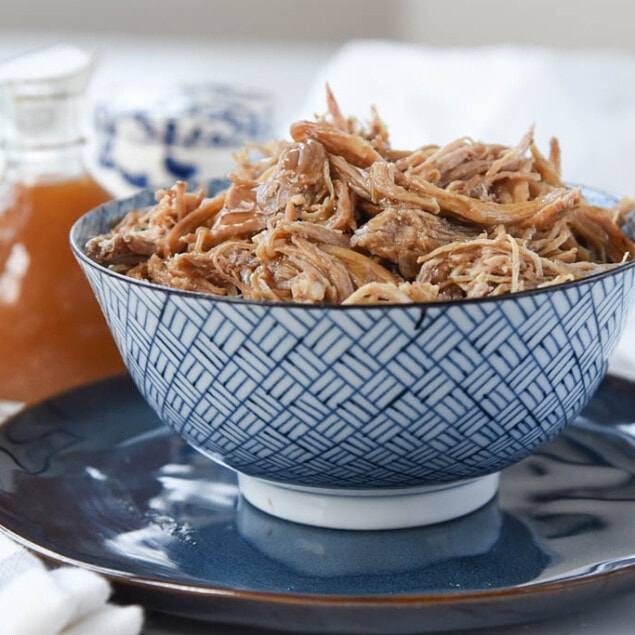 Did you make this?I love seeing what you made. Be sure to share a picture and tag @yourhomebasedmom on social media!
Tag on Insta! Leave a Rating
Previous Post
Salted Caramel Thumbprint Cookies
Next Post
2018 Word of the Year