Chinese BBQ Pork, also known as Char Siu, is a popular Chinese take out dish that is so easy to make at home.

Chinese BBQ Pork is sweet, sticky and delicious.  The meat is tender and oh so juicy!  Char Siu will become a new family favorite. 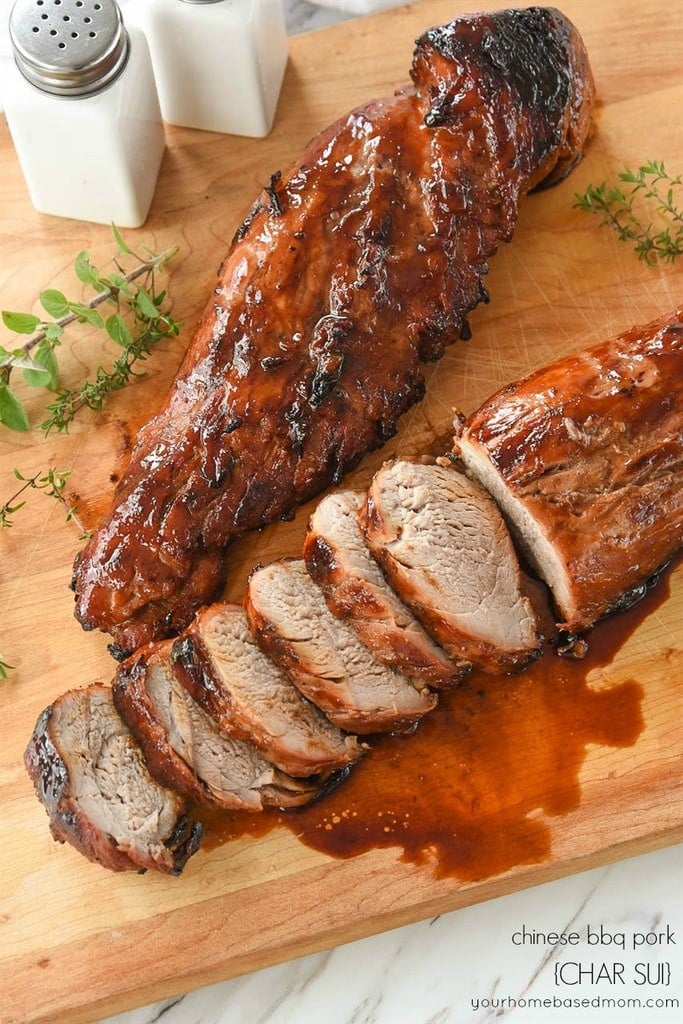 Chinese BBQ Pork is not only delicious but it so easy to make.  I used pork tenderloin and marinaded it for about 24 hours.  You can shorten the marinade time, but I have found the longer the better.  This is a perfect make ahead meal! Put the pork into the marinade the day before and you are ready to bake it in the oven or grill the next day.  I used my grill this time because my oven was broken!

Char Siu is traditionally more red because they use red fermented tofu or red food coloring.  I used neither and it still has a gorgeous color. 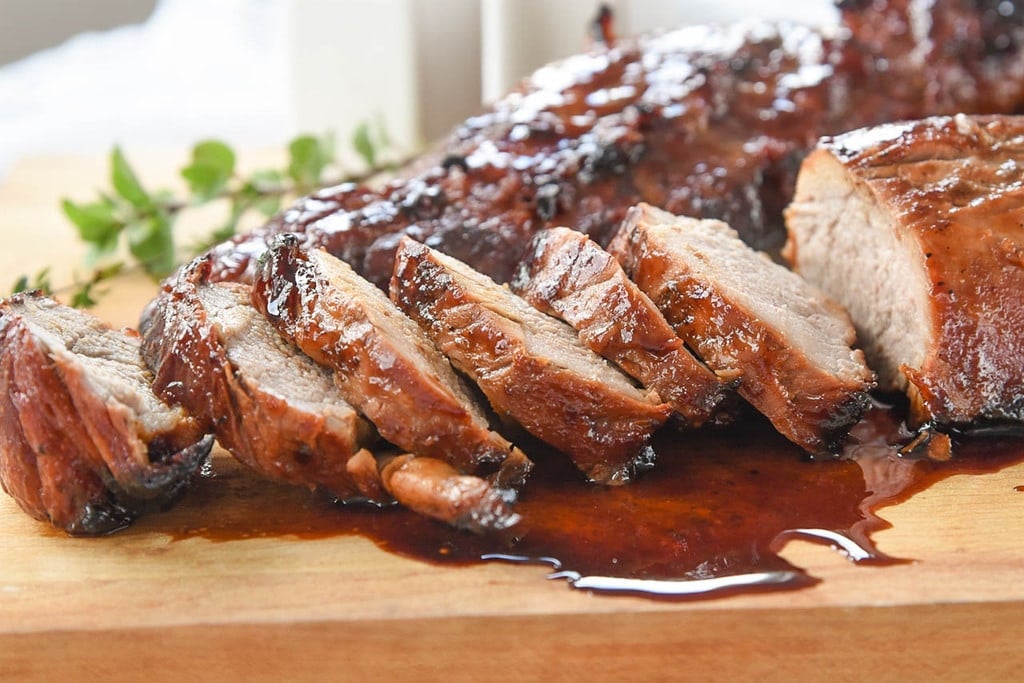 You want to use a leaner cut of pork for this recipe, so a tenderloin works perfect.  There is plenty of marinade for two tenderloins.  You want to bake or grill the pork until it reaches an internal temperature of 145 degrees F.  If you are grilling, have the grill at about 325 degrees F.  Be sure and use a meat thermometer and make sure it is on Fahrenheit.  I couldn’t figure out why my meat was taking so long to cook and then I realized my thermometer was on Celsius!   I almost overcooked!  Can you see those juices running off the meat in the photo!! 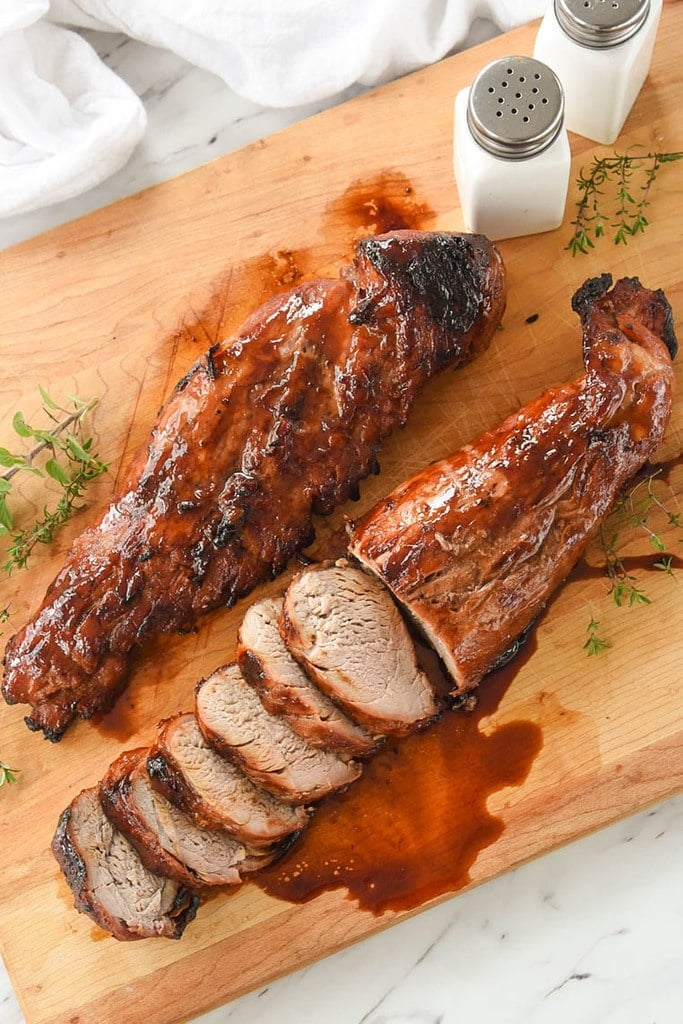 I glazed the meat several times during the grilling process to give it a nice shiny, sticky, delicious coating on the outside.  Be sure and reserve a little of the marinade before adding the meat to use as a glaze. You will get some slightly burned, crispy edges but that is totally o.k.  – they are delicious!  If you want the glaze even more sticky, pop it under the broiler for a few minutes after grilling the meat.

What I served Chinese BBQ Pork with:

THERMOMETER: I use this when grilling or baking meat, and also for checking the internal temperature of baked goods.

6 PIECE MEASURING CUP SET – Everyone needs at least one set of measuring cups, I have 4 sets!

MAGNETIC MEASURING SPOONS – I love these things.  They are magnetic so they stay together in the drawer! 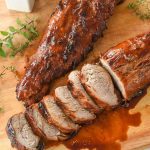 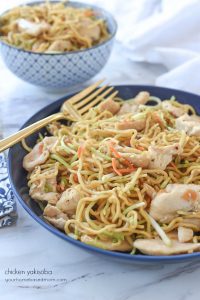 August 20, 2018
One Pan Chicken Yakisoba Noodles is the quickest and most delicious...
Read More 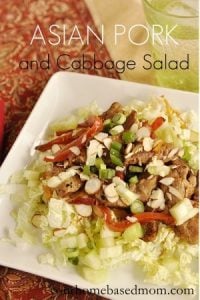 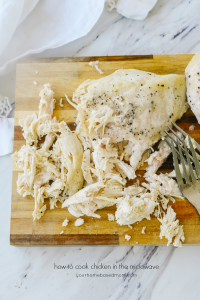 How to Cook Chicken in the Microwave 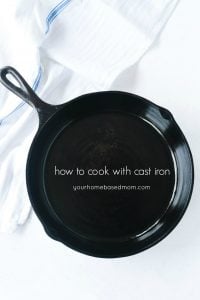 How to Cook with Cast Iron 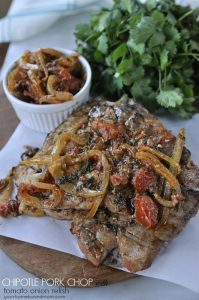 October 21, 2014
This is a Sponsored post written by me on behalf...
Read More
Load More