When you are dreaming of Fall, but the weather is still warm, Apple Pie Ice Cream is the perfect solution. 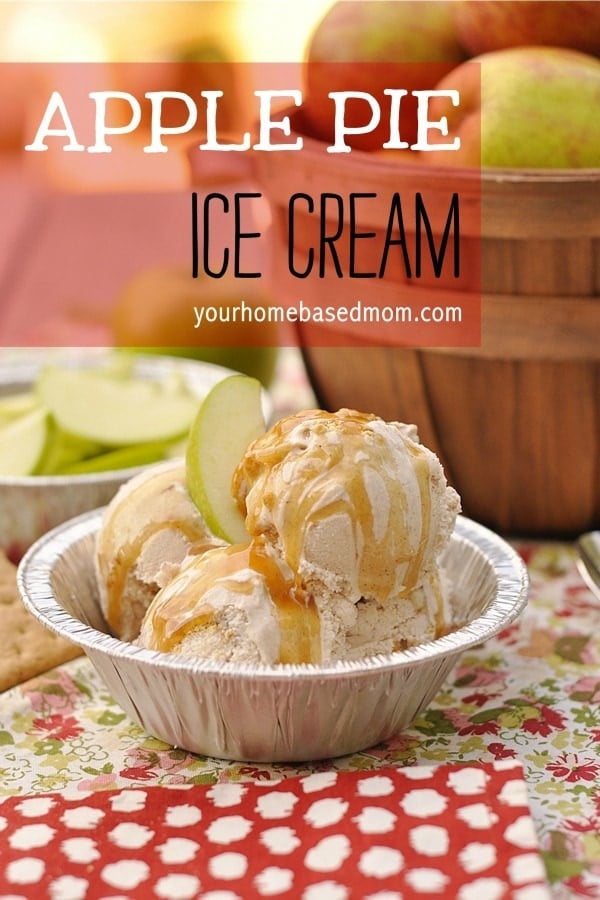 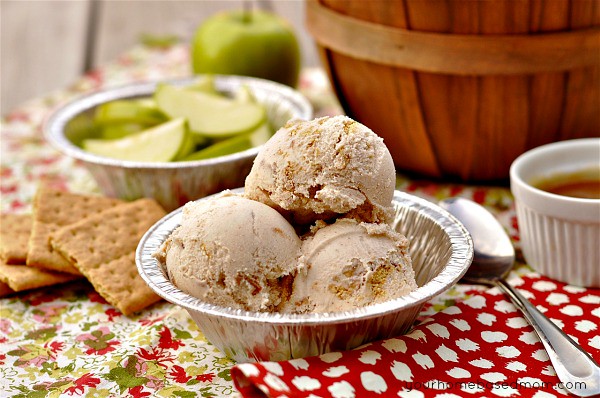 The first step is to caramelize your apples.  I used Granny Smith’s because I like a nice tart apple in my apple pie.

It helps to balance out all the sugary sweetness of apple pie. 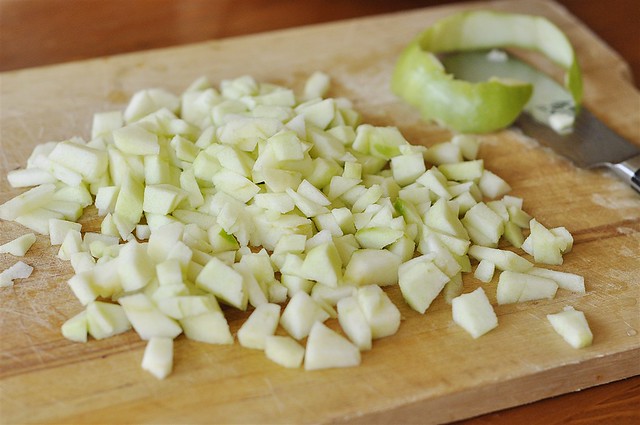 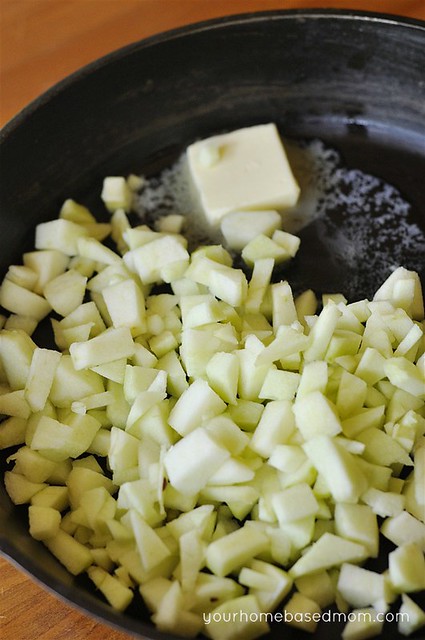 Stir until the apples brown and the sugar caramelizes. 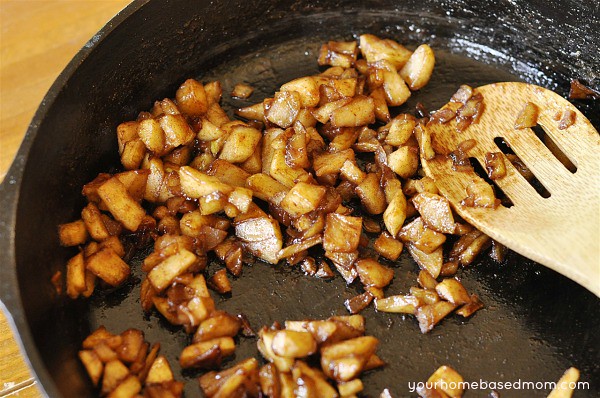 Next you mix up your ice cream base and put it into the ice cream maker and process until the ice cream is thick.  Then stir in the caramelized apples and broken up cinnamon graham crackers.  Put into the freezer to harden up.

In order to make this Apple Pie Ice Cream even more amazing I topped it off with caramel sauce! 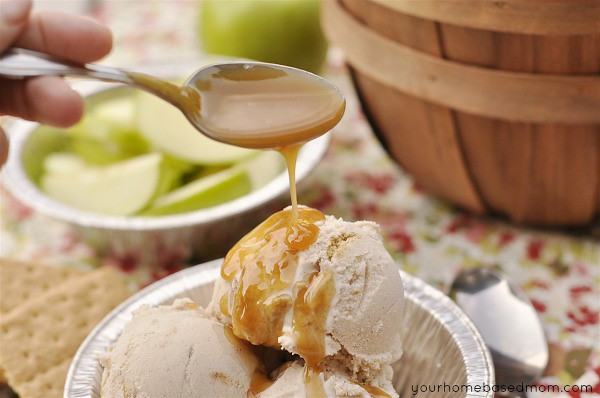 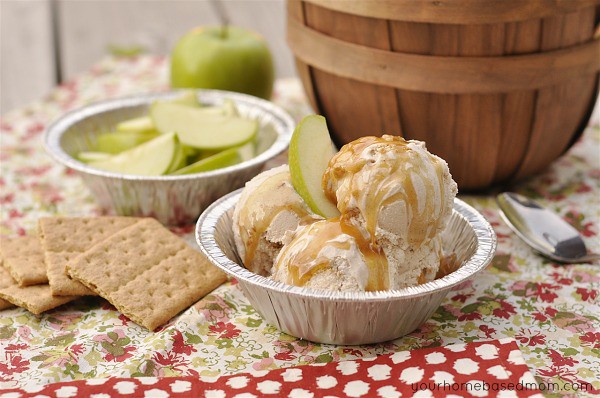 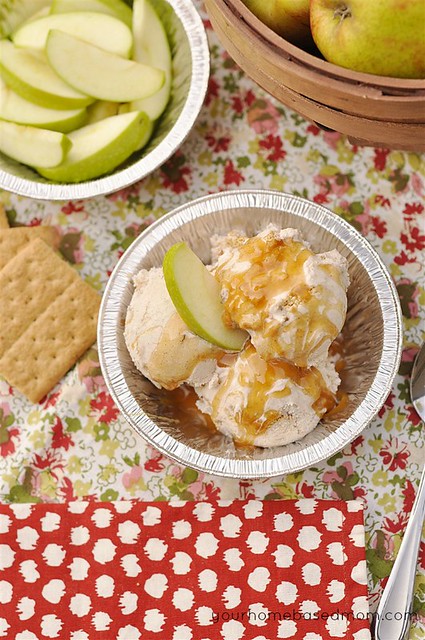 This Apple Pie Ice Cream would also be amazing on top of an actual apple pie – double apple pie goodness. 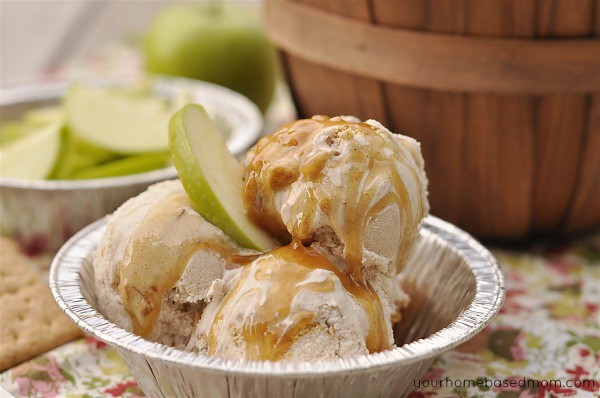 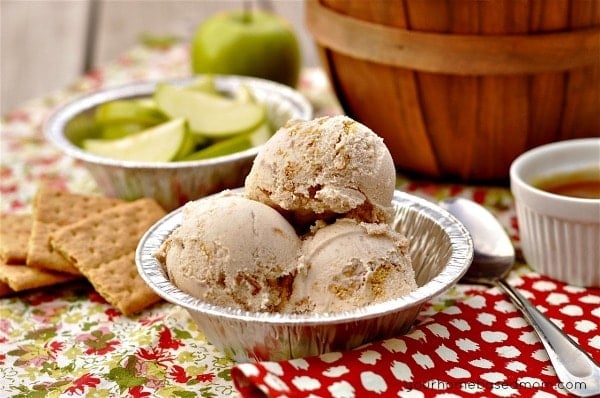 Did you make this?I love seeing what you made. Be sure to share a picture and tag @yourhomebasedmom on social media!
Tag on Insta! Leave a Rating
Previous Post
Mexican Caesar Salad
Next Post
14 Delicious Apple Recipes for Fall