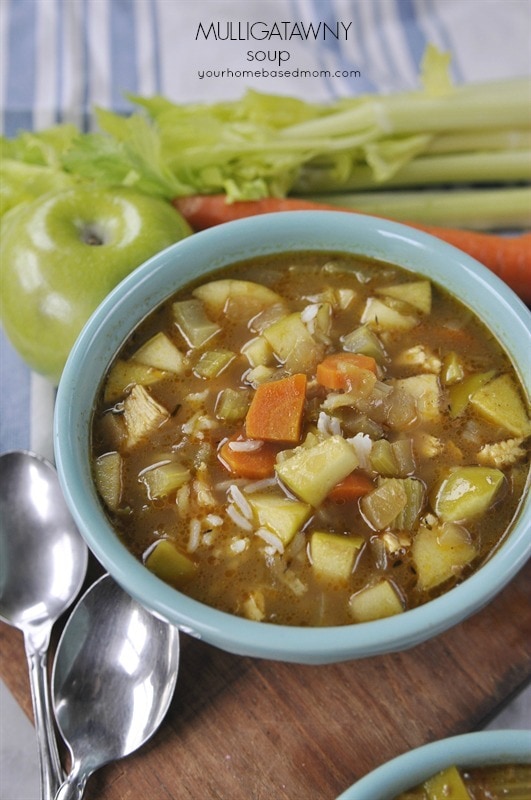 Mulliga what?  That’s exactly what I said when I ran into a friend from church at a local soup and salad restaurant.  She was going in to see if they had Mulligatawny soup that day.  I pretended like I knew what she was talking about and quickly went home and Googled it.

Here is what I learned.  Mulligatawny soup is a curry flavored soup that is Anglo-Indian cuisine.  The soup is typically thickened with lentils or rice.  I Googled around some more and found various recipes for Mulligatawny Soup.  I then got to experimenting in the kitchen. 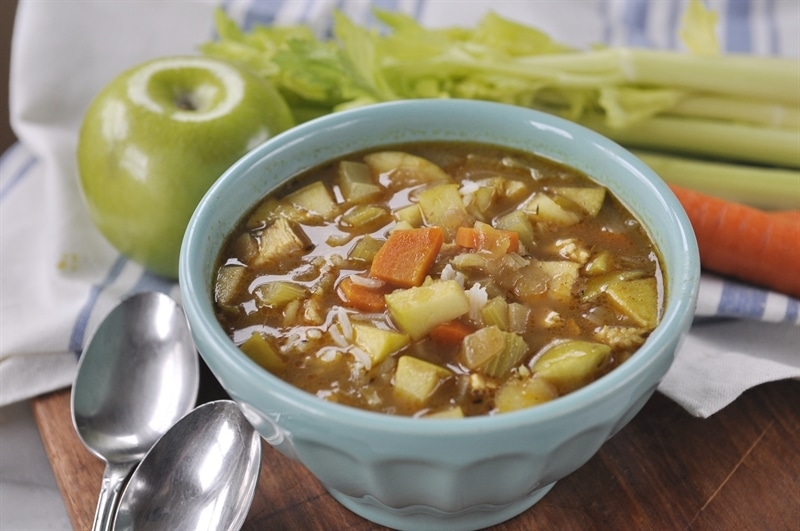 The soup has a few interesting ingredients.  Apples for one.  Apples in and of themselves are not unusual but I had never had soup with apples in it before.  I talked to someone else who has a version of Mulligatawny soup that she uses bananas in.  I’m not sure about bananas in soup?

This soup has lots of flavor t hanks to the curry.  I also decided to add in some garam masala which added some heat to the soup.  If you don’t like heat I suggest leaving the garam masala out.  It is a spice blend that can be found at Indian grocery stores. 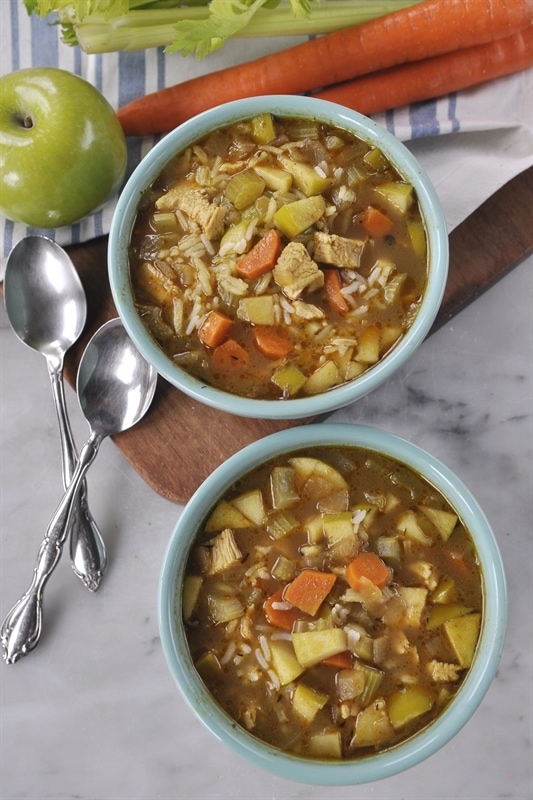 I loved the rice in the soup and the body and texture it gave it.  The soup also has chicken in it.  It is full of lots of fun flavors and textures.  We will definitely be making this one again at our house.  Mulligatawny Soup typically has cream in it but because Jim is dairy free I left out the cream.  You could use coconut milk if you want the creaminess but not the dairy.  We thought it was great without any kind of milk/cream. 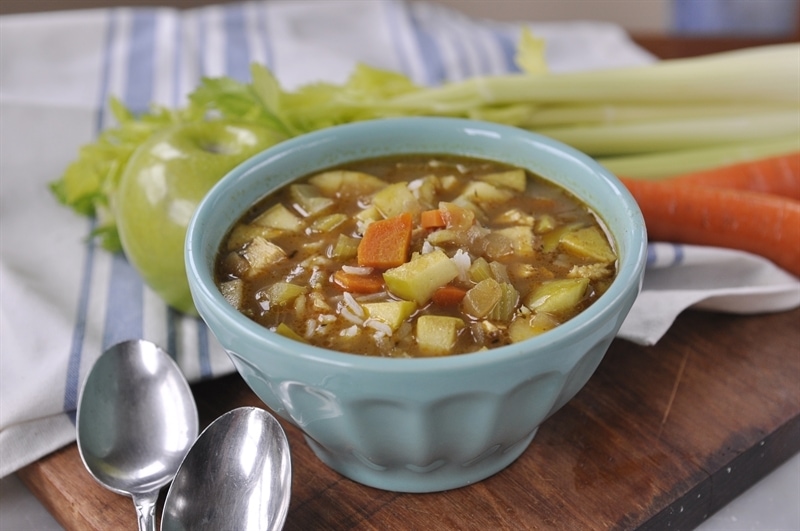 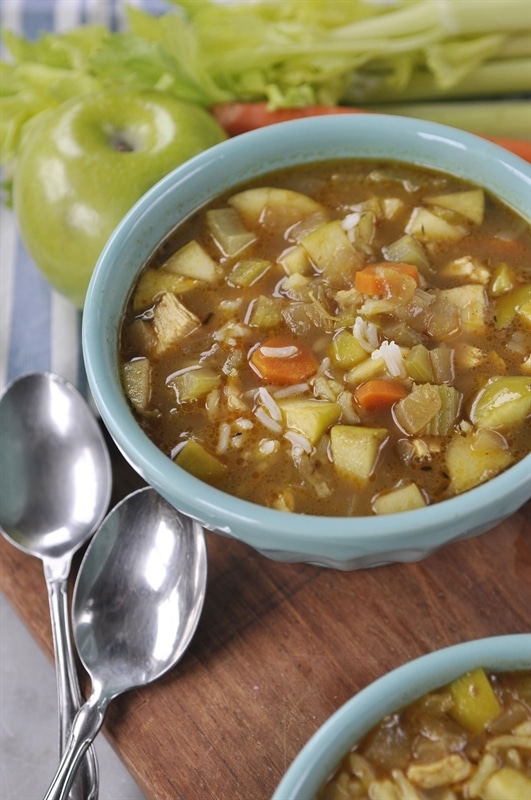 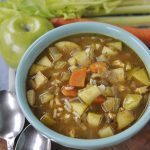 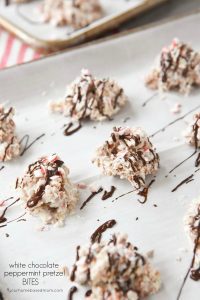 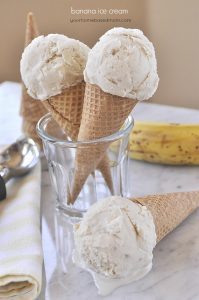 June 8, 2016
Banana ice cream is sure to become a family favorite...
Read More 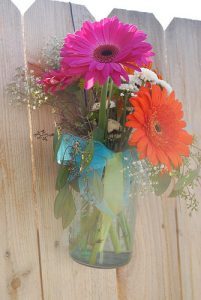