The addition of mashed potatoes to these Amish Cinnamon Rolls makes for a soft and light roll and the caramel frosting is perfection. 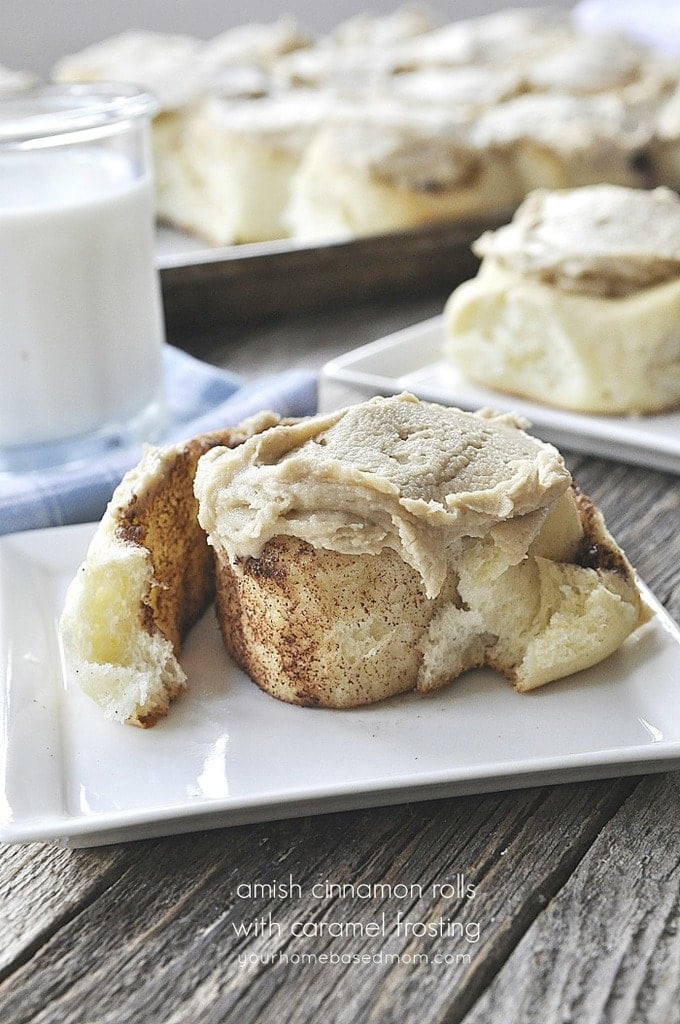 It’s that time of year again at our house and here on the blog.  You can pretty much count on me posting a new cinnamon roll recipe twice a year, in April and in October (or almost October)  I’ve talked about this family tradition here on the blog before, just about every April and October when our church broadcasts it’s annual General Conference on TV and we stay home in our jammies and watch church on TV and eat cinnamon rolls.

Be sure and scroll down below to see a roundup of all the yummy cinnamon roll recipes I’ve shared over the years – there’s a lot of them! 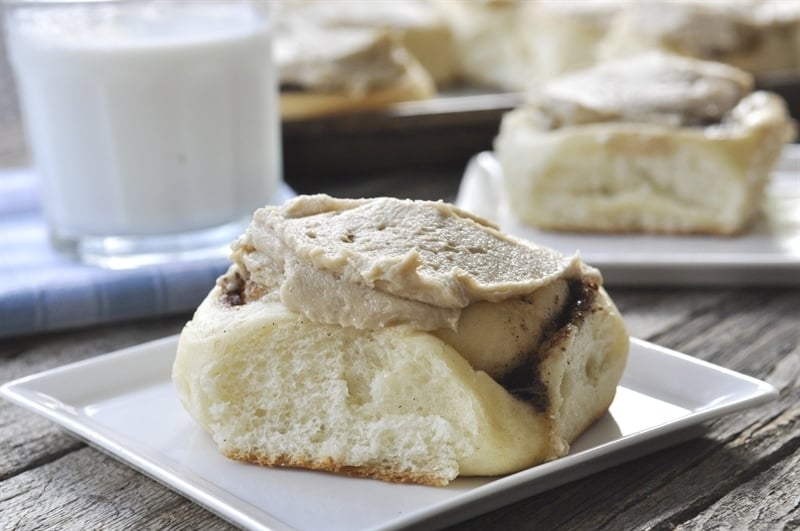 Today’s recipe is for Amish Cinnamon Rolls.  If you have ever been to Amish country you will have learned one thing, the Amish can cook!  When you visit, be sure and visit an Amish restaurant.  All the food is served family style and there is a lot of it, and I mean  ALOT!  My teenage boys thought they had died and gone to heaven. One thing you can count on there being is mashed potatoes. 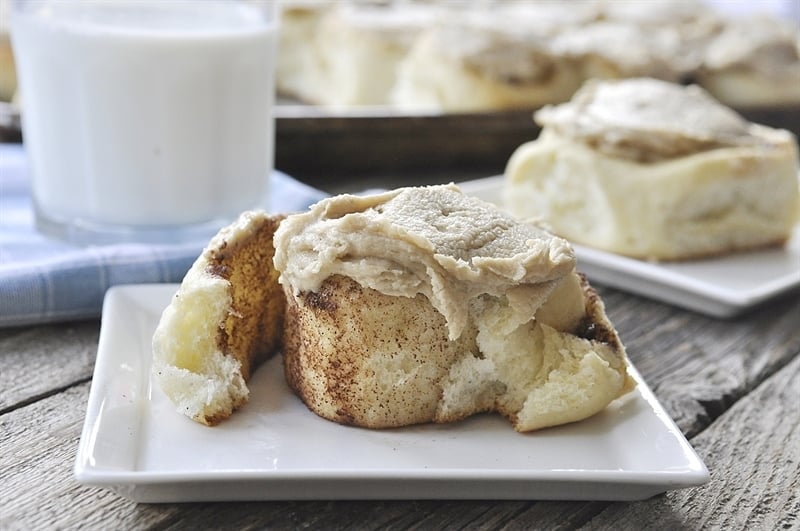 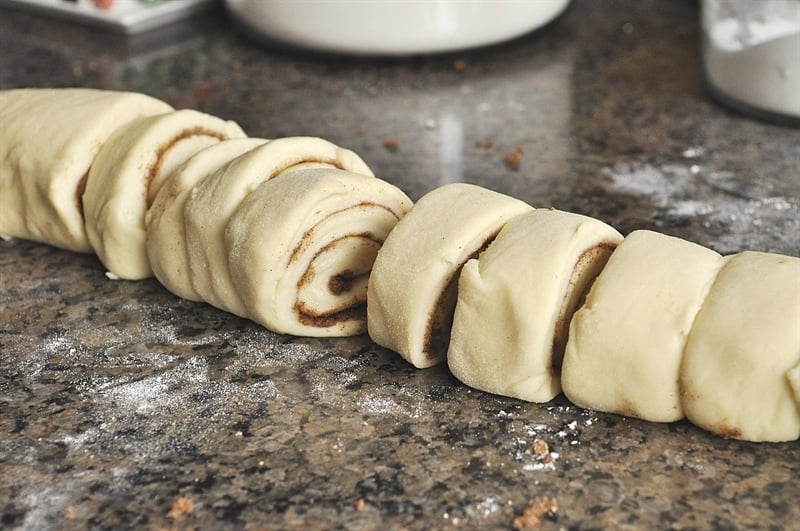 When my husband came home and saw that I had made mashed potatoes he was pretty shocked!  The fact that they tasted pretty good was even more of a shock I think!! Thanks to the mashed potatoes the dough is so soft! The recipe makes 24 good size rolls so it fills a large baking sheet.  If you have questions about working with yeast check out this blog post I did. 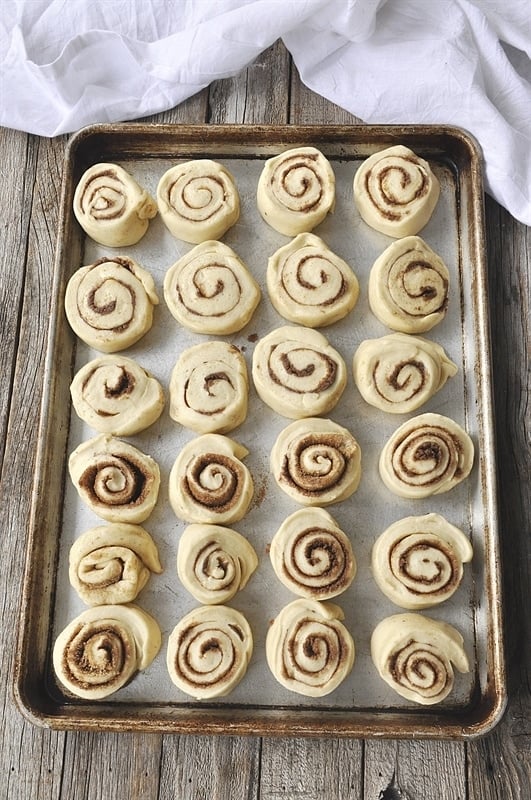 After you bake them let them cook a bit before putting on the frosting. 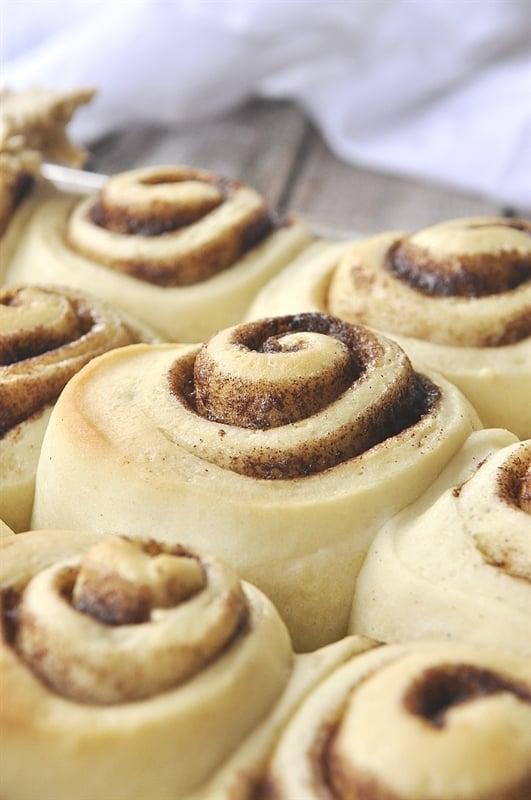 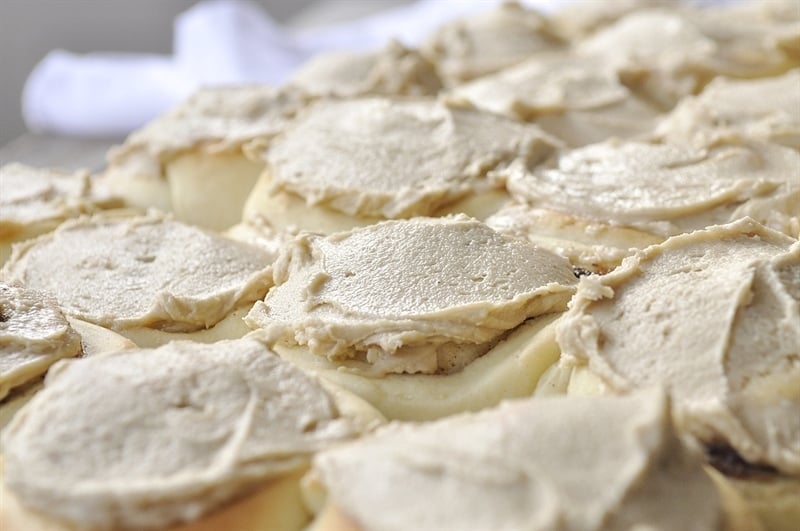 My one cinnamon roll rule went out the window with these babies so I quickly packaged some up to share with the neighbors so I didn’t consume the entire pan.  My neighbors are always so grateful when I share treats with them but they are really doing me a favor and saving me from eating them all! 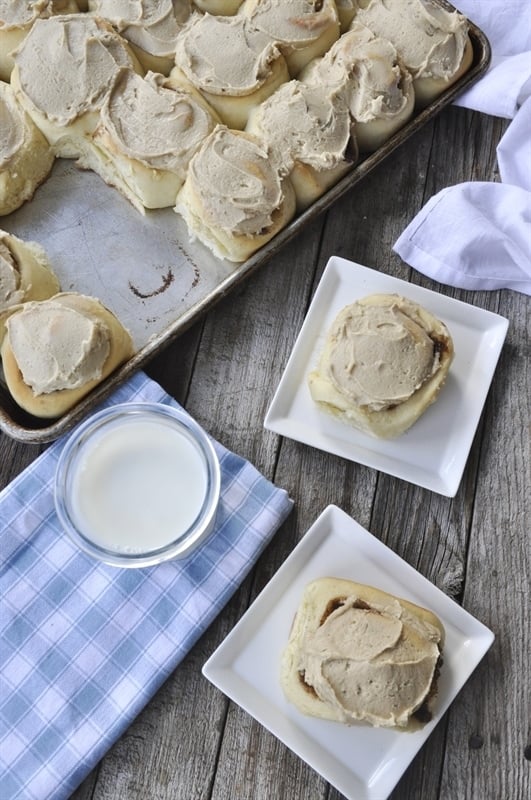 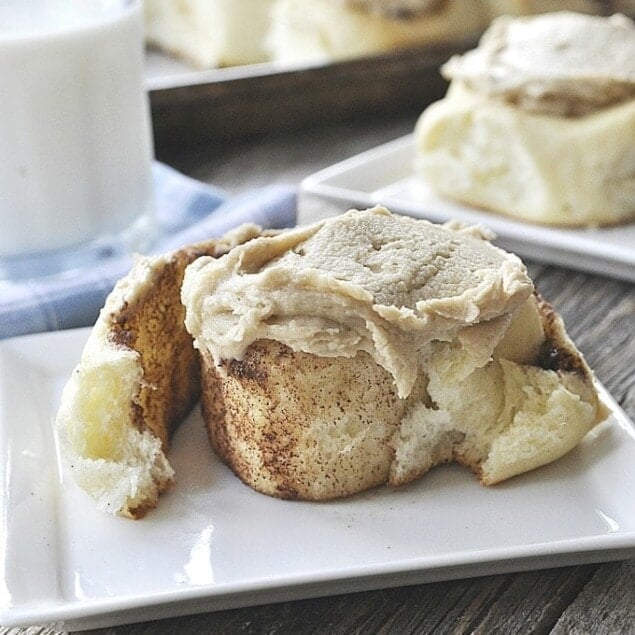 Check out my other favorite cinnamon roll recipes! 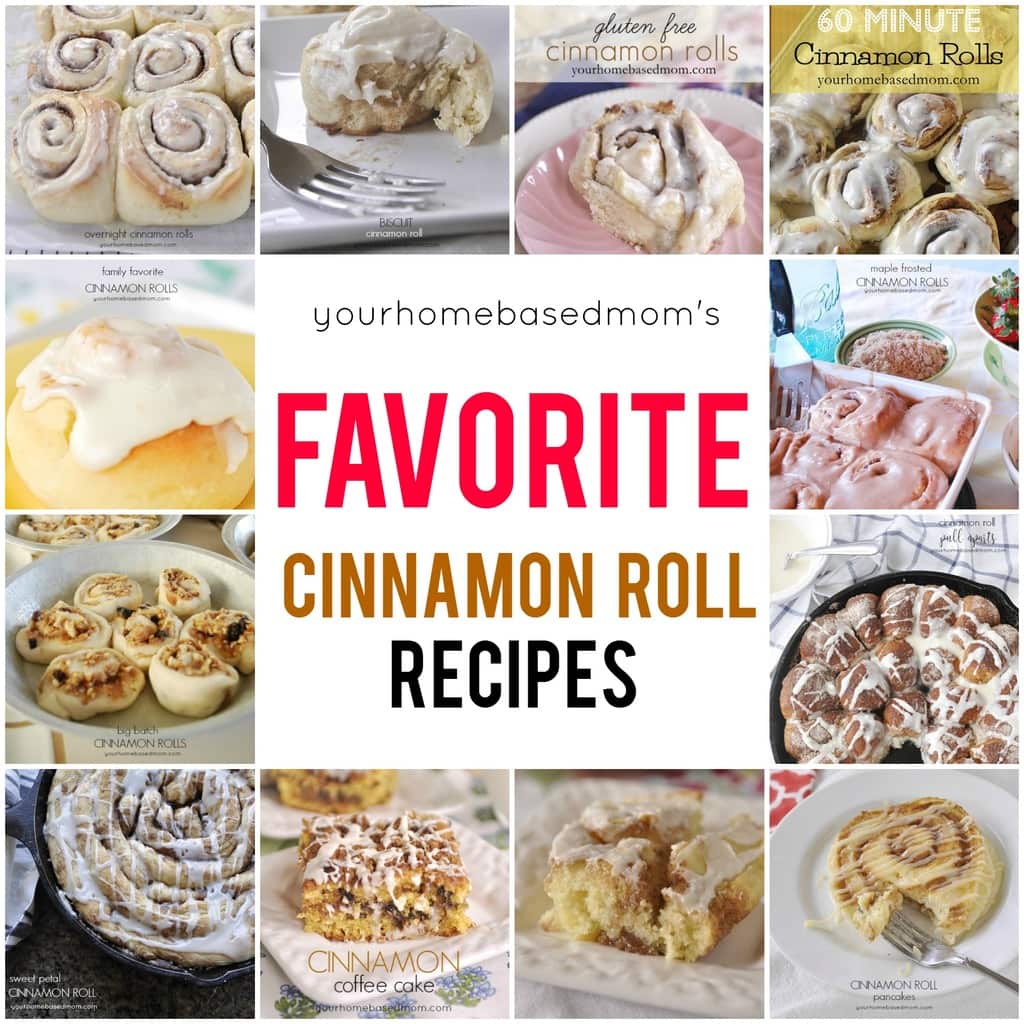