Today was our first full day in London.   We decided to hit all the major sites.

We began the day on one of those double decker buses which took us from site to site.  Our first stop was this arch – I can’t remember what it is called and Cali’s not home to ask.  Here it is anyway. 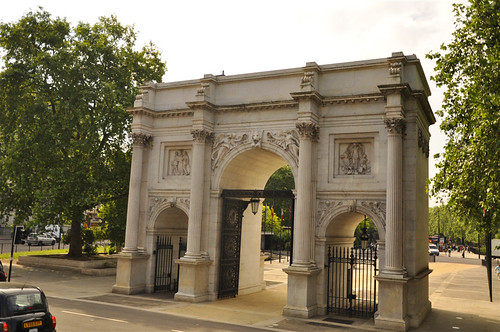 From there we headed over to Big Ben – it is big! 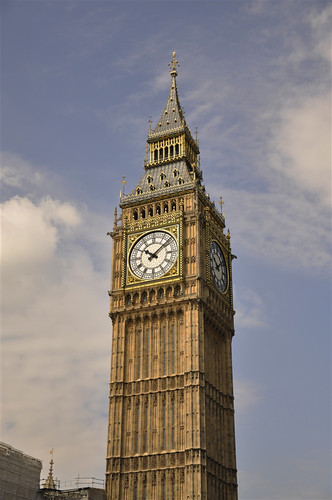 And the beautiful House of Parliament. 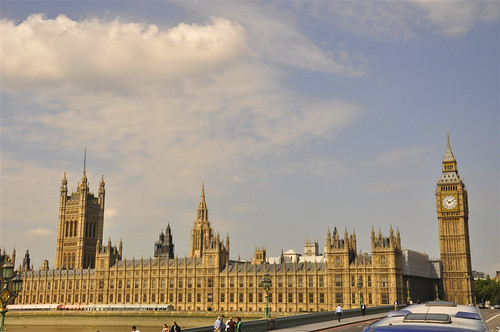 Cali wanted to take a “jumping” picture so we did. 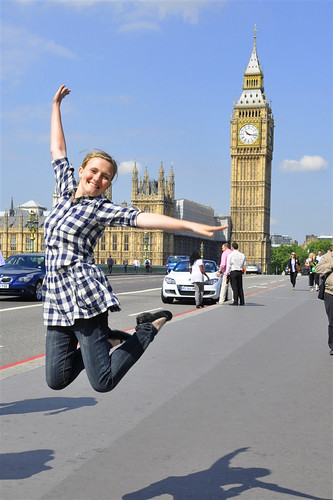 She looks very cute and then she talked me into doing one too.  I don’t look quite as cute and that guy to the right of me (barely in the picture) had a good time watching an old lady try to jump up into the air! 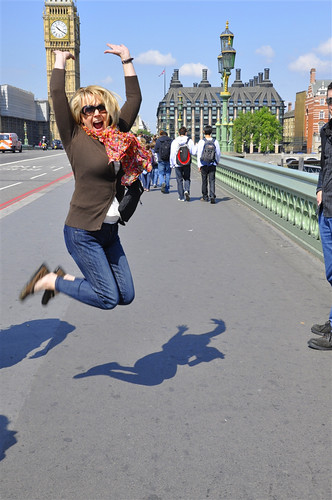 From there we drove by Trafalgar Square.  There weren’t any demonstrations going on that day. 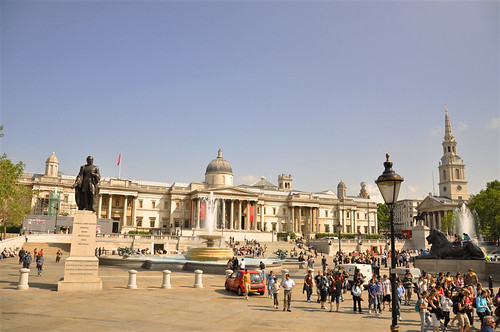 It was then time to hop off the bus and head over to Buckingham Palace for the changing of the guard.  We got there nice and early and staked out our spot, right up against the fence.  It’s big too – everything is so big! 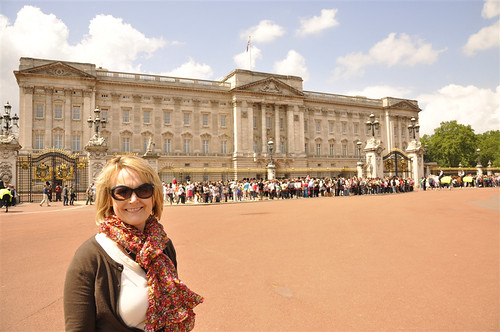 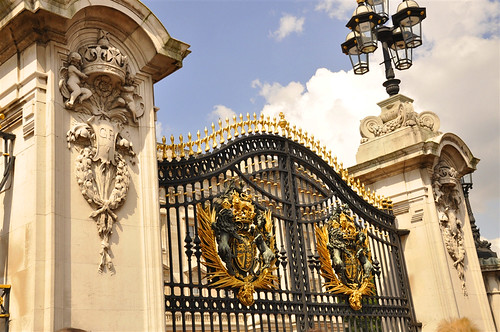 The guard marched in and then they played some tunes.  They did a medley from Mama Mia!  There is just something a little surreal about standing in front of Buckingham Palace listening to a bunch of guys in big furry hats play “Dancing Queen” from Mama Mia!! It was great. 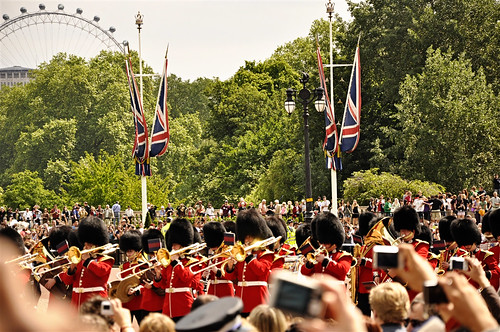 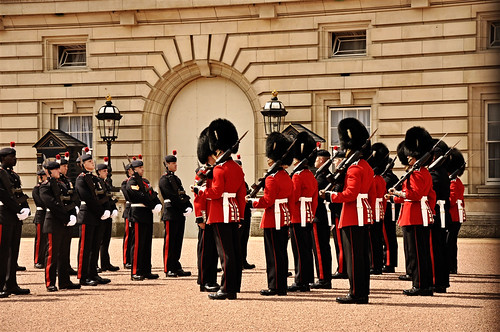 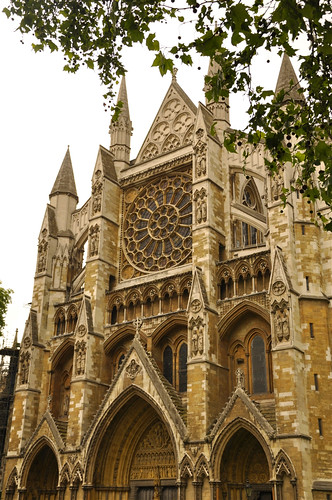 Many amazing people including queens, kings, authors etc. are buried there or there are monuments to them.  My favorite part of the Abbey was Poet’s Corner. Many famous poets are buried there and there is a memorial to one of my favorite writers –  Jane Austen.   Coronations are held in the Abbey and we were able to see the Coronation Chair (photos are not allowed inside.)  The funeral of Princess Diana was also held here. 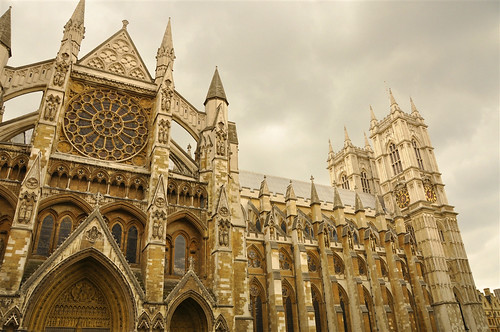 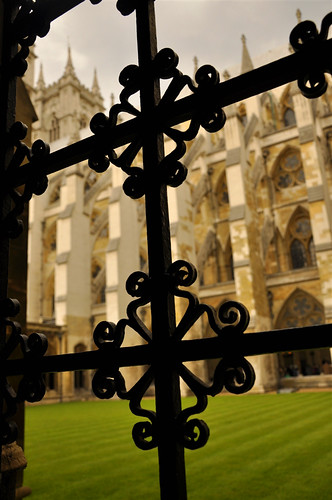 After the Abbey we had to stop and take the traditional London phone booth photo! 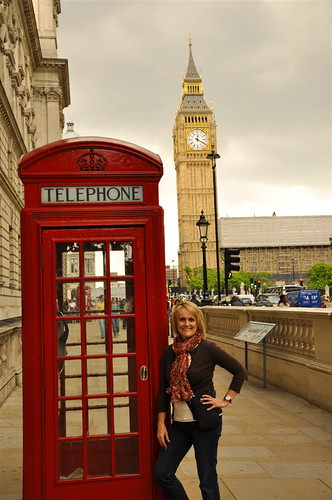 After all our walking we were getting a little hungry so we stopped at a little French bakery and picked up some sandwiches and headed over to St. Paul’s Cathedral and sat on the steps and ate.  St. Paul’s is the church where Mary Poppins introduces the children to the Bird Women and sings “Feed the Birds.” 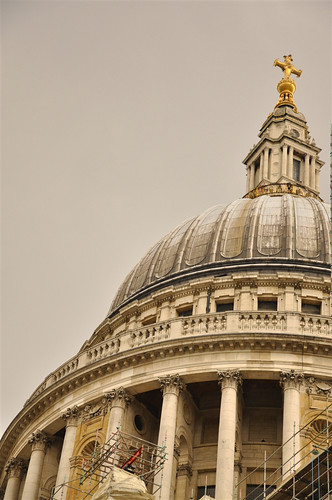 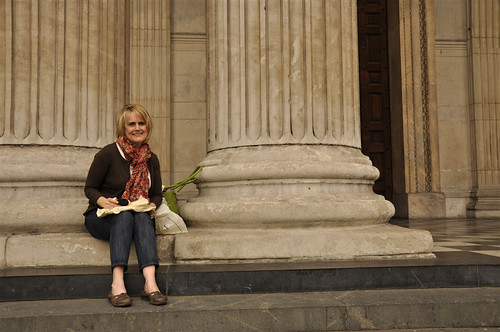 We then walked over the Millennium Bridge.  I guess this bridge is super cool because it is the bridge that Lord Voldemort’s Death Eaters destroy in one of the Harry Potter movies. 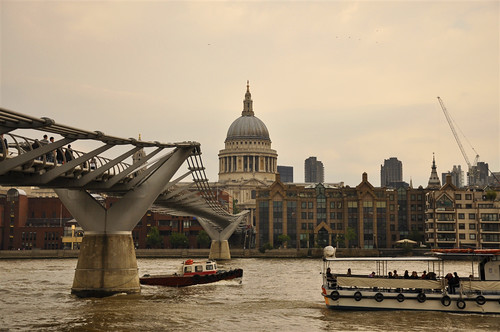 On the other side of the bridge is the Globe Theater  which was built in the 16th century and used by Shakespeare’s playing company.  Cali had been able to see a few plays there. 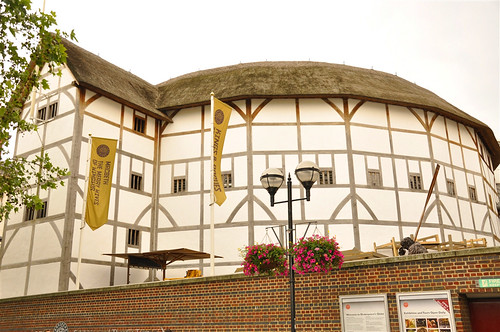 We were just about walked out so we hoped on the Underground, we did that a lot and headed over to Covenant Gardens before they closed. 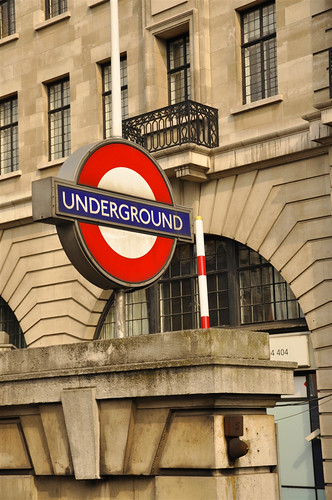 Covenant Gardens is a fun little shopping/market area.  I picked up an antique toast holder – something every English woman should own!  We enjoyed some mango yogurt on a waffle covered in strawberries – is that British?? 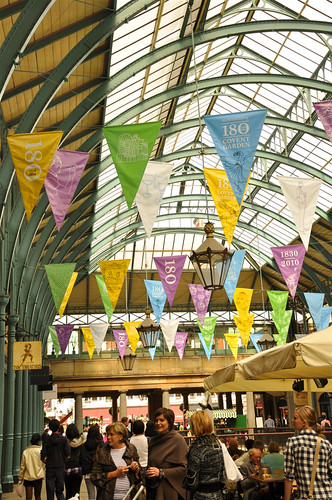 We hurried back to our hotel to change and then literally ran most of the way to the theater to see a wonderful production of “All My Sons”.  It is an Arthur Miller play and I loved it.  I highly recommend it if you have the chance to see it.   We also made a stop at a grocery store to stock up on a bunch of English candy that Clark had requested we bring home with us.

Read about London – Day One, Day Two and Day Three.

October 28, 2012
This recipe for White Chocolate Candy Corn Popcorn is one...
Read More 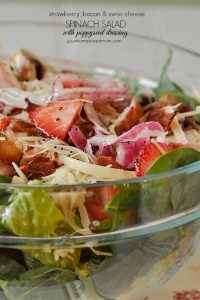 September 9, 2010
Breakfast Week continues here at Your Homebased Mom and I...
Read More 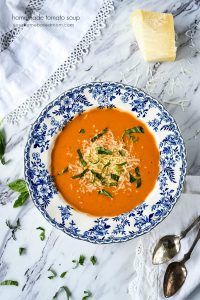 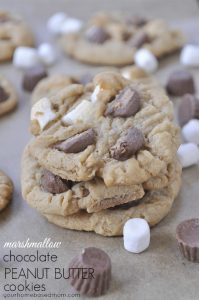