Life Lessons » I Am a Runner
9shares

I am a runner.

Those were words I thought I would never say.

Last week I found myself in a local bike shop looking for some Hammer nutritional items. The fellow helping me kept talking about cycling and how he uses them while he cycles.  It was a bike shop after all but I found myself saying to him,  “I am a runner.”  After I said it, I thought to myself, I am a runner!  Even though I thought I would never be one.

This past summer Cali came home from college and announced that we were all going to run a 5K.  She downloaded the Couch to 5K app on my phone and we started training.  My daughter Cali became my exercise inspiration.

The first day we alternated 60 seconds of jogging with 90 seconds of walking.  I could handle that but as I looked ahead to the coming weeks I thought there was no way I was ever going to be able to run for 20-30 minutes STRAIGHT.  Without stopping! NO way!

My Exercise Inspiration or Lack Thereof

You need a little background history on my athletic ability and involvement to totally understand my fears and lack of belief in my ability.  All through school I hated, yes, hated gym class.  I could handle it in elementary school.  Each day our gym teacher put on the “Chicken Fat” record and we “worked out.”  Go you chicken fat go!!

But then in middle school I attended a private girl’s school and we spent every PE class playing lacrosse or field hockey.  I did everything I could to avoid getting the ball.  When we played volleyball in the winter I always tried to position myself behind the tallest girl so I would not have to hit the ball – I was terrified of breaking my fingers.

In high school I did the same thing, hid out as much as I could and when you are 5’2″ it’s not that hard to do.  Fortunately, our PE grade did not factor into our GPA!  I think I had my period just about every week when we had our swimming unit.  Anything to get out of it. I would have literally rather have had my period every week than get into a swimsuit at 8 a.m. in the morning and swim!!  Who schedules a girl’s swimming class during the first hour of the day anyway?

I mean was I suppose to go around all day looking like a drowned rat!!

Then I went to college and I had to take a couple of PE credits.  I signed up for tennis and that was fun.  I had played tennis and golf growing up at our local country club.  I can handle country club sports.

But in college we were also required to take Fitness for Life.  This class was a Pass/Fail class.  All we had to do was run a mile at the beginning of the semester and time ourself, set up a workout schedule and then improve our time by the end of the semester.  Well, when you walk the mile the first time and then run for part of it at the end of the semester you improve your time!  I guess you could call that cheating but it got me a Pass and that’s all I cared about at the time.  I was young!

Since college I have tried various exercise programs.  I don’t like going to the gym and I don’t like to sweat.  So I discovered that walking as well as yoga and pilates were my exercise programs of choice.  They have served me well until my young adult daughter asked me to run a 5K with her.

When your children ask you to join them in activities, you say yes (as long as they are legal!)  That is why I have attended midnight premieres of certain vampire movies.  Not because I really wanted to, but because my teenage daughter asked me to.  You have to take advantage of those moments.  And that is why I started running.

Much to my dismay we completed the Couch to 5K program and although we didn’t run an official 5K we did run our own “Wilkes Girls’ 5K.”  It was quite a sense of accomplishment.  Honestly, I couldn’t believe I did it.  Well, the girls went back to school and my running career ended, or at least I thought it had.

This fall I got an email from a group of  “younger” moms at church.  I am old enough to be some of their mothers!  They were going to form a running group and work towards running a 1/2 marathon.  Everyone was invited to join in.  Much to my dismay I actually considered it.  I think maybe I just wanted to prove to myself that I wasn’t “old.”  I talked to my friend Marsha about it and we decided to join in.  I have discovered that having a buddy to run with and share in the pain with is very important! 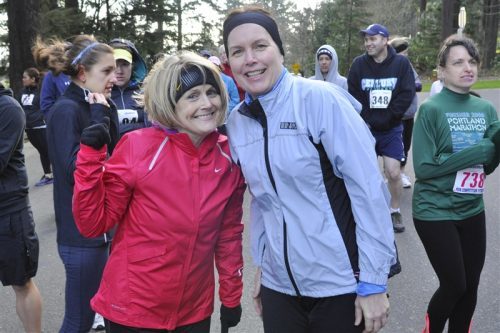 We bought the book The Non-Runners Marathon Trainer and started following the program.  The group was running at 8:45 p.m. at night and I decided I preferred to run in the daylight so I decided to run on my on in the mornings  and with my friend Marsha joining me two mornings a week.

Our little group completed our very first official 5K a few weeks ago.  It was a run up Mt. Tabor here in Portland.  Mount is the important word here!  The course was half up and half down and I don’t think there was any level ground the entire time.  It was hard.  But I finished. 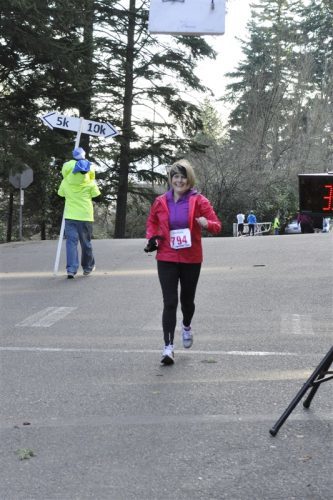 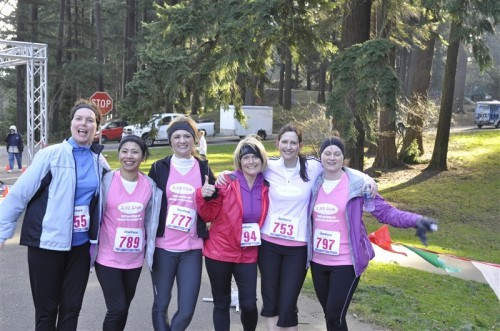 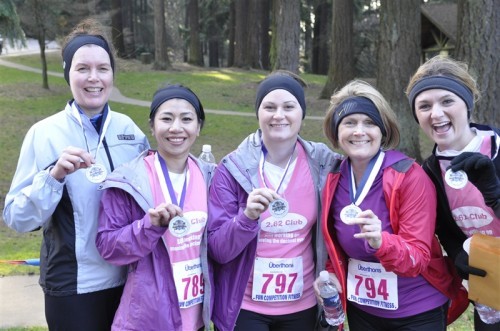 Our next goal is a 1/2 marathon later this spring.

Running is still hard.  I am sore alot of the time.  I still haven’t experienced “the flow” or that “runner’s high.”  But I am doing it.

I have learned that there is more to running than just running.

I have learned I can do hard things.

I have learned how to use my mind over my body.  Running is as much mental as it is physical.

I learned quickly what my limitations were but it also gave me the opportunity to go beyond those limitations and really push myself.  Each week or so I am able to push myself a little harder, run a little farther and it is amazing the sense of satisfaction that comes with that (along with some pain!) A few weeks ago I ran 5 miles – all at one time!!  What a sense of accomplishment that was.

I have learned that running takes commitment, determination and hard work.   There are many mornings when it is cold and wet outside and I would much rather stay in my jammies.  But I have made a commitment to my running buddy and to myself.  I am determined to reach my goal and am ready to work hard to get there.

Because I am a runner! 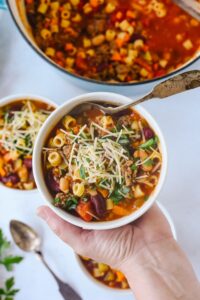 October 12, 2019
Pasta e Fagioli is a delicious copycat recipe that is...
Read More 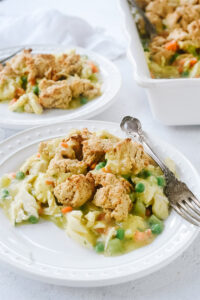 October 14, 2019
All the delicious flavors of your favorite comfort food, in...
Read More

July 1, 2009
These Tropical Green Beans are a fun and delicious way...
Read More 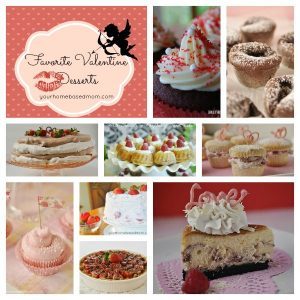 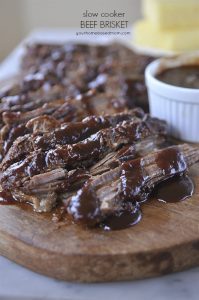 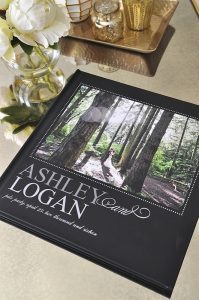 June 30, 2016
Putting together a photo book of our Barn Wedding was so fun...
Read More
Load More