Whenever I think of comfort food, rice pudding is usually on the list.  There is just something about pudding that makes you feel better.  Growing up my dad was a big rice pudding fan.  A good rice pudding is made with simple ingredients like milk and eggs and that is exactly how  Kozy Shack® Rice Pudding is made, with real ingredients.  It is also gluten free which is important at our house.

August 9th is actually National Rice Pudding Day and in honor of it, Kozy Shack® Rice Pudding  asked me to celebrate with them! One of my favorite frozen treats are pudding pops so I decided that rice pudding would make a fun and creamy popsicle.

Of course the addition of strawberries and chocolate don’t ever hurt! I then decided to give it a sprinkle of chopped of pistachios for a little extra crunch!  Yum.   Kozy Shack® Rice Pudding makes it easy.  All I had to do was add in the strawberries, freeze in my popsicle mold and then dip in chocolate and sprinkle with nuts.

This is a fun dressed up, more grown up way to eat your rice pudding but the kids will love it to0! If you don’t have popsicle molds you can simply dish up a bowl of rice pudding, mix in the strawberries and then drizzle with the melted chocolate!

All I did was add 1 cup of chopped up strawberries to 2 cups of Kozy Shack® Rice Pudding .  After they were frozen I melted some chocolate chips and added a little vegetable oil to thin it to a good dipping consistency and then sprinkled with the chopped up nuts.  Be sure and add the nuts right away because the chocolate sets up fast on the popsicle.

Kozy Shack® Rice Pudding had been making rice pudding for 45 years so they know what they are doing.  It is made slowly, one batch at a time.  Rice Pudding makes a fun treat or dessert.  After making your popsicles, the only thing left to do is to take a bite!

Be sure and head over to Kozy Shack’s facebook page to enter to win an exclusive Rice Pudding Day package!

This post was sponsored by Kozy Shack® Rice Pudding but all opinions are my own.

December 2, 2014
Minty White Chocolate Cookies are so pretty and delicious and...
Read More 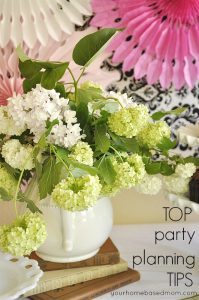 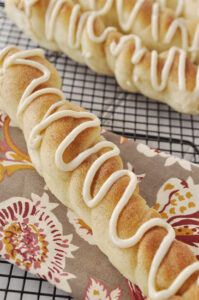 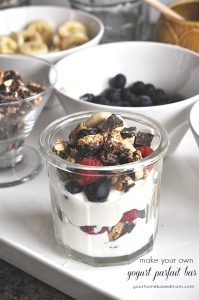 Make Your Own Yogurt Parfait Bar

December 21, 2015
Breakfast is a breeze for your family and overnight guests with...
Read More
Load More